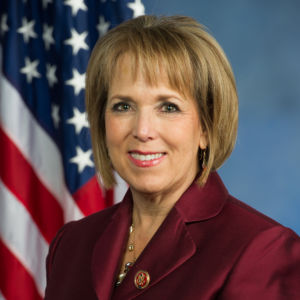 A press release from her office calls it “landmark legislation that sets bold statewide renewable energy standards and establishes a pathway for a low-carbon energy transition away from coal while providing workforce training and transition assistance to affected communities.”

Behrens said Power The Future asked for the emails because it wanted to see “what was kept in it, and what was kept out of” the ETA.

Behrens agrees with Lujan Grisham that “The act is a transformative law for New Mexico. It’s going to impact nearly every New Mexican — if not all New Mexicans — we believe adversely, so we wanted to see who was behind this law.

“When we received their responses [the emails] we started to notice the things that we’ve highlighted now — that there were a lot of environmental groups talking to each other.”

Behrens said energy workers “should have had a seat at that table.”

“In New Mexico, there 100,000 energy workers throughout the state and [they contribute] billions to our state economy in terms of state government, schools, hospitals, communities — and that’s even before we talk about the income of those individual workers.

“And to say [the bill] is important is an understatement,” he said.

Among the emails provided to Inside Sources was one exchanged between Environment New Mexico—an environmental activist organization with ties to the progressive movement–and New Mexico Secretary of Energy, Minerals and Natural Resources Department Sarah Cottrell Propst.

In the email, Cottrell Propst indirectly communicated with a former employer, the Interwest Energy Alliance, to see if Interwest approved of a section of the ETA. Interwest is “a leading regional driver for the responsible expansion of renewable energy in Arizona, Colorado, Nevada, New Mexico, Utah and Wyoming,” according to its website.

“It is outrageous for the eco-left to be writing bills that will impact the lives of thousands of New Mexico’s families when the interests of energy workers were simply cast aside,” Behrens said.

“Even more concerning is the appearance that a high-level administration official worked with her former employer in crafting this bill,” he said. “The ETA is going to cost jobs and harm our economy, and New Mexican’s deserve to know who is behind it.”