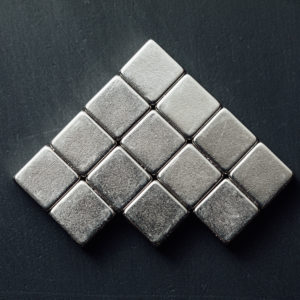 A large majority of important minerals used in America are imported from other countries, but the United States needs to produce more minerals in our country. In addition, now some want to obtain minerals via recycling in America.

Although the idea of recycling has obvious appeal, it simply isn’t easy or inexpensive. As for this issue, about 85 percent of all used automobiles are recycled, providing large quantities of iron and steel. And other recycling comes from scrap lead, copper and aluminum.

But even with significant political and financial incentives, recycling’s contribution to the supply of critically important minerals like indium, manganese, cobalt, cesium and vanadium has not budged. The result is that we are heavily dependent on imports of key minerals from overseas locations.

Consider what has happened to rare earth metals. This group of 17 elements with names like neodymium, promethium and yttrium are found in computer hard drives, electric vehicle batteries and smartphones, among many other commercial products. The unfortunate reality is that there is hardly any recycling of rare earth elements.

But without rare earths, the transition to a greener economy would come to a standstill. Today China dominates the world’s rare earth production and supplies 80 percent of the rare earths imported by the United States.

Recycling now barely makes a dent in the nation’s use of our most important minerals, and solution to the growing need for minerals is divorced from economic reality.

As for China, it is the primary supplier of 26 out of the 48 minerals that our country is import dependent. China controls the global supply of cobalt, used in batteries for electric vehicles, which is needed for a low-carbon future. In industrial competition or a trade war, where leverage matters, this gives China a big advantage.

Our nation’s reliance on untrustworthy countries for strategically important minerals extends to Russia.  According to the Commerce Department, the U.S. depends on imports for 93 percent of its uranium needs, much of it from Russia and other former Soviet states.

This has serious implications for national security and nuclear power. China has also become a key uranium supplier.  U.S. dependence on imported uranium is expected to reach 99 percent by the end of this year.

One of the primary reasons the United States has become more reliant on foreign sources for minerals is the large increase in minerals that our country uses, both in type and quantity. A National Research Council report showed that computers went from using just 12 elements in the 1980s to as many as 60 by 2016.  For many of these minerals, the United States uses more than it produces.

We cannot prudently postpone dealing with the problem. A key to sound minerals policy is to ensure that U.S. production partly fulfills the country’s needs. But U.S. dependence on imported minerals has doubled in the past decade, and experts warn it could get worse.

What could turn this dangerous situation around ? The answer is fairly clear: policymakers would have to do something to bring U.S. mining costs down and give U.S. companies the same kind of opportunity to produce minerals that Australia and Canada provide — that is, reduce the time required for a mining company to get a mining permit to about three years instead of 10 years or more now.

The trouble is that some members of Congress seem reluctant to do so, because of the mistaken notion that mining can be problematic. In fact, modern mines can be designed to protect groundwater quality and not harm the environment. We will need more mines using improved designs and operating practices — coupled with appropriate regulations — in order to ensure that mining is safe.

But we cannot succeed in resolving the problem unless we open more mines for domestic production. Sen. Lisa Murkowski of Alaska, head of the Energy and Natural Resources Committee, has introduced a bill that would revamp the mine permitting and regulatory process.

But will those resources actually be mined? As the transition to greener economy gains we should be mindful of dangers from the keep-it-locked-up approach to U.S. mineral resources favored by some members of Congress and environmental groups.

Do we want China and other countries to control U.S. access to strategically important minerals?  I think the answer is no.

J. Winston Porter is a national energy and environmental consultant in Atlanta. He formerly was an EPA assistant administrator in Washington. He wrote this for InsideSources.com.