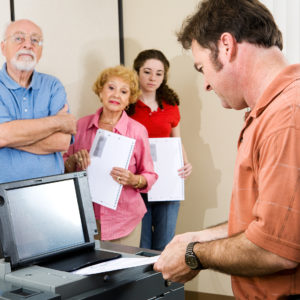 Progressive Initiatives Passed Handily This Year, Even in Red States

The 2020 elections weren’t just about the White House or Congress. Throughout the country, people also voted on a raft of measures that will directly improve the lives of millions.

From taxing the rich to legalizing marijuana and providing paid leave, voters passed a gamut of progressive ballot initiatives — and not only in blue states.

Marijuana legalization efforts, for example, succeeded everywhere they were on the ballot. In states as varied as New Jersey, Mississippi, Montana and South Dakota, both recreational and medical marijuana initiatives passed easily, reflecting broad bipartisan support for the idea.

We saw similar support for progressive initiatives on taxes and wages.

In Florida, which voted for Donald Trump, a $15 minimum wage initiative got more votes than either Trump or Joe Biden.

While Arizona broke for Biden this year, the state is by no means a liberal stronghold — Biden’s win there was only the second for a Democrat since 1948. Still, voters in the Grand Canyon State approved a tax increase on high earners to boost funding for education. (The state also joined others in voting to legalize marijuana.)

Why are these progressive ideas passing in reddish states?

It’s simple: because people like them. Raising the minimum wage and taxing the wealthy enjoy widespread popularity, as a Fox News exit poll affirmed yet again.

San Francisco just became the second municipality in the United States to tax companies who pay their CEOs more than 100 times their median employee. The first was Portland, Oregon, whose county just voted this year to also tax high earners to pay for universal pre-K.

And in Colorado, voters approved a statewide paid medical and family leave program. Denver voters also approved an initiative to provide municipal internet, phone and TV service as a public utility, aiming to bridge the digital divide in a city where residents without internet are disproportionately people of color.

These are just some of the progressive ideas that won on November 3. But not every initiative succeeded. There was one big loss: California voters approved Proposition 22.

That measure, supported by hundreds of millions of corporate dollars from companies like Uber and Lyft, deals a massive blow to the rights of “gig economy” workers. It classifies them as “independent contractors,” which prevents them from forming unions and enjoying other benefits.

Corporate money played a decisive role in that race, but not all was lost for California progressives.

In Los Angeles County, residents voted to allocate 10 percent of local tax revenue towards community investment programs, not towards incarceration. Voters in San Francisco, in addition to cracking down on overpaid CEOs, also approved a bond measure to fund care for the homeless and mentally ill, along with a proposal to build more affordable housing in the city.

Other victories came on the climate and transportation fronts. In Austin, Texas, residents approved a plan to fund a massive public transit expansion. And in Nevada, voters approved an initiative to produce 50 percent of their electricity from renewable sources by 2030.

These are all important victories in the fight against inequality. They also show the kind of broad support these policies have in all different parts of the country, and a path forward for progressives in the future.

With the rest of the 2020 election looking something like a split decision, with Democrats capturing the White House but falling short of their hopes in Congress, arguments are playing out over whether voters thought the party had gone too far Left.

But the success of progressive ballot measures from San Francisco to South Dakota should put some of that concern to rest. So does issue-based polling — Medicare for All, the Green New Deal, and taxing the rich all poll incredibly well. Indeed, all Democratic sponsors of Medicare for All legislation won their reelection campaigns.

Smart politicians would run toward, not away, from these issues. But whoever’s in power, and whatever voters think of the two parties, putting these issues directly in front of voters should be a vital part of any strategy to make life in this country better.