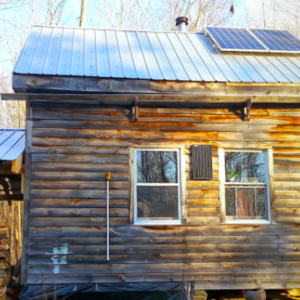 From the Cold Pond Community Land Trust near Unity, N.H.
[IS] Opinions

Progressive activists opposed to Medicaid work requirements for able-bodied adults are trying to use the courts to stop the new policy in states like Kentucky, Arkansas and New Hampshire. One of the plaintiffs is a Granite State man who says he can’t meet work requirements because they interfere with his “choice to live a subsistence lifestyle that prioritizes living off the land.”

On Wednesday, DC District Court Judge James E. Boasberg ruled against work requirements for Medicaid recipients in both Kentucky and Arkansas. The Trump administration supports work requirements (as do an overwhelming number of Americans according to polls) and has granted waivers to eight states to begin requiring some Medicaid recipients to work or volunteer. Another seven states are currently seeking similar waivers.

Now, however, Granite State progressives are trying to kill the deal in the courts. The National Health Law Program (NHeLP), New Hampshire Legal Assistance, and National Center for Law and Economic Justice have also filed a lawsuit before Judge Boasberg, on behalf of four Granite State Medicaid recipients who they say would suffer unfairly if required to work in exchange for their free healthcare benefits.

One of their plaintiffs is Ian Ludders of Unity, NH. According to the National Health Law Program, Ludders is a 40-year-old man “who lives by himself in a small cabin on a land trust. He has chosen to live a subsistence lifestyle that prioritizes living off the land. Ludders supports himself through seasonal work including working in apple orchards, picking vegetables on farms, and other jobs.” [Emphasis added].

“Time off between jobs is important to Mr. Ludders,” the lawsuit claims, “because it allows him to focus on subsistence activities such as growing his own food and chopping firewood to heat his cabin.” If required to work or volunteer 20 to 25 hours a week, “he expects that he will no longer have time to complete his subsistence activities.”

Another plaintiff is Samuel Philbrick, a 26-year-old who works as a cashier in Henniker, N.H. and still lives with his parents. According to NHeLP, “Mr. Philbrick does not have a driver’s license and generally has to rely on his father to drive him places.” He stopped working at a nearby pizza restaurant because it doesn’t pay him as much as he’d like. “Philbrick will have difficulty getting transportation to complete other qualifying activities,” the lawsuit claims.

Are American taxpayers OK with paying for government benefits so people can “choose to live a subsistence lifestyle?” Approximately 4 million Americans walk to work every day.  Do they want their taxes to pay for someone who is unwilling to do the same?

“I’m 57, self-employed, pay $550 a month for insurance, and I get to pay $8,000 in deductibles before I get coverage,” said Kathi Soule of nearby Twin Mountain, N. H. in response to Mr. Ludders’ lawsuit. “I would love not to have to work for my health coverage and hike every day in the mountains.”

Greg Moore of Americans for Prosperity-New Hampshire, a conservative group who backed the work requirement, points out that “local employers are desperate for workers right now. They are bending over backward to accommodate them– on hours, on finding transportation. They can’t fill the jobs. The idea that able-bodied people in this economy can’t work doesn’t match the facts,” Moore told InsideSources.