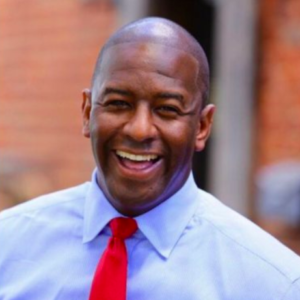 Prominent Democrats Back Away From the Radical Politics of #AbolishICE

Why did potential 2020 presidential candidate Sen. Kirsten Gillibrand back away this week from her previous calls to abolish ICE? Is it because of the policy itself, or the dangerous extremism of the people promoting it?

“We need to abolish ICE, start over and build something that actually works,” the New York Democrat said in July. ICE has “become a deportation force” and said we “should get rid of it, start over, reimagine it,” she told CNN.

But this week she told the Post-Star newspaper in upstate New York that she had been misunderstood. As the paper reports:

“Gillibrand said commentators have taken her words out of context by just focusing on abolishing ICE and not on replacing it with a reformed agency. ‘Give it a new name and a new directive,'” she reportedly told them.

What happened? It it because polls show fewer than one in four Americans want to abolish the agency? Or is it because of the behavior of the #AbolishICE movement?

According to an #AbolishICE supporter, more than 900 arrests were made at protests of ICE and its facilities between mid-June and early August, 2018.  Just weeks ago in Portland, OR, progressive protesters spent weeks surrounding an Immigration and Customs Enforcement building, harassing staff and allegedly hurling racist insults at police when they showed up to restore order.

About that same time, police got into violent scuffles with protesters who blocked the door to an ICE facility in Philadelphia. “You have no shame. You have no words. That’s why you are a f—— cop. That’s why you never finished high school,” one anti-ICE activist shouted on tape.

And in Florida, anti-ICE activist groups like the Florida Immigrant Coalition and Dream Defenders blocked the streets outside Miami’s ICE field office in Miramar, as protesters cried “Shut it down!” The latter group, Dream Defenders, has also begun a campaign of threats and harassment against a private company that builds and manages detention facilities used by Immigration and Customs Enforcement, though the company—GEO—plays no role in setting or determining policy. Private contractors manage 70 percent of ICE’s detention capacity.

The Dream Defenders group is particularly interesting because of the role they played in helping progressive Andrew Gillum pull off a shocking upset in the Florida gubernatorial primary.  Gillum has long been affiliated with the Dream Defenders, supporting the #AbolishICE movement and recently giving them a shout-out from onstage at a debate in June. They, in turn, were part of a group of progressive organizations that gave Gillum a combined $3.5 million in the final stretch of his primary.

Which made Gillum’s recent break with the group a bit embarrassing. And the break came, not over the Dream Defenders’ involvement in protests over ICE, but its virulent attacks on Israel and its support for BDS—Boycott, Divest and Sanction—movement against the Jewish state.

For years, Dream Defenders has attacked Israel as a “military dictatorship,” as the group’s co-founder Ahmad Abuznaid put it, who also calls Israel an “apartheid” state. Dream Defenders have long used this language about Israel, but Gillum never balked.

Now that his relationship with them has been exposed, Gillum has announced that he will support an anti-BDS law recently passed by the legislature—a reversal of his long-held position. “I will continue to support anti-Boycott, Divest and Sanctions [BDS] legislation passed last year with overwhelming support in both houses of the legislature,” Gillum said last week. This inspired a response from Dream Defenders, an open letter in which they announced they were “disappointed” in the Tallahassee mayor’s decision and his “lack of solidarity with Palestine.”

The real disappointment to some on the Left is how issues like amnesty for illegal immigrants and changing how compassionately they are treated have somehow gotten conflated into the anti-Israel BDS cause.  Many Americans who oppose the Trump administration’s treatment of families at the border have no idea how radical the pro-amnesty, #AbolishICE movement has become.