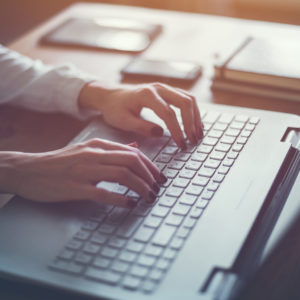 With a presidential election looming in the fall, political leaders and citizens alike are paying greater attention to the nature of democracy in a market economy. Age-old questions of political philosophy are being articulated once again: What is the role of the government compared to the rights of its citizens? What are the responsibilities of a society with respect to its less fortunate members? What are a citizen’s duties to the broader community?

Superimposed on this set of political questions is the reality of our information society — the massive outpouring of information and communications into virtually all our common activities.

Originally, this was accompanied by an Orwellian fear of government oppression through advanced technology, or conversely, as Neil Postman later heralded, the Huxleyan nightmare of “amusing ourselves to death” via television. More recently, a sense of online euphoria seems to have dominated, as we marvel at the internet’s instantaneous connections to information and/or other interested souls around the world.

Yet even the internet’s most ardent enthusiasts warn of threats to one’s privacy, acknowledge potential social inequities, and underscore the importance of continuous learning and adaptation in a world of rapid change.

Regardless of perspective, however, there appears to be a looming anxiety about our digital age: distrust of traditional authority, a concern about the expanse of government, and at the same time a search for meaning and connection to our broader society. In this year’s uncertain political climate, accentuated by advancing and rapidly changing technology, it is important to return to “first principles” that serve as the foundation for our bedrock constitutional values of free expression.

Thomas Emerson’s classic work, “The System of Freedom of Expression,” summarized four core values of free expression that are reflected in the First Amendment. Borrowing from the political philosopher Alexander Meiklejohn, he identified the first value as the participation in self-government that freedom of speech makes possible and without which it cannot happen.

From John Stuart Mills’ famous essay “On Liberty,” along with the writings of many others, came a second value — namely, that a free and unfettered marketplace of ideas is the best way to conduct a search for truth. This is not because truth will always prevail over falsehood, as John Milton alleged in his famous “Areopagitica,” but because there is ordinarily a better chance of approximating the truth when ideas are challenged by competing ideas than when they are asserted and accepted dogmatically.

Emerson’s third value is self-expression, the healthful opportunity the First Amendment provides for individuals to say what is on their mind and to express their creativity through literature, science, art, music and so on.

The fourth value Emerson identified is catharsis and the consequent maintenance of a balance in society between stability and change. By letting people blow off steam, a society preserves its equilibrium in the short run. Equally important, catharsis heightens awareness of problems that need to be addressed if that stability is to be sustained in the long run.

An important civic dialogue about the internet that we need to be pursuing now is how best to reaffirm our constitutional values of free expression in cyberspace.

Lawyers and technologists have dominated to date, but the disciplinary boundaries for this conversation need to be expanded. We need to ensure that philosophers, historians, sociologists and others in core liberal arts fields become engaged, along with our diverse body politic. These values need to be reflected as a public good — not just for the town square, but for the digital domain as well.