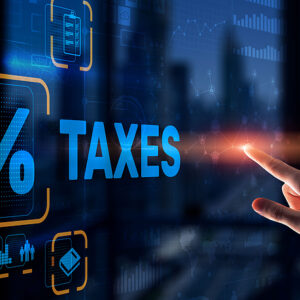 In January 2019, the Organization for Economic Co-operation and Development (OECD) announced its intention to move negotiations forward on the development of a new global minimum corporate tax rate.

Under the proposed rule, OECD members would be required to tax corporations headquartered within their borders a specific minimum rate on profits made internationally. The OECD claims a minimum corporate tax rate would “help countries around the world address remaining issues linked to base erosion and profit shifting” by multinational corporations.

This month, the Biden administration proposed setting the new rate on international profits to a whopping 21 percent as part of its release of the “Made in America” corporate tax plan, a figure nearly two times higher than the 12.5 percent previously suggested in OECD talks.

Imposing a global minimum tax rate on U.S. corporations would be incredibly harmful to American consumers, especially for those of lower incomes. A minimum tax rate of 21 percent would add a significant cost to the purchase of tens of thousands of goods and services from other nations. For example, a new tax on financial protection reinsurers across the globe would reduce the ability of insurers to cover the catastrophic losses caused by storms and rising sea levels. As a result, consumers would be forced to pay higher insurance premiums for the same level of coverage.

But that is just one example. By placing a higher tax burden on multinational businesses, the proposed new global rate would likely eliminate corporate jobs and significantly reduce investment in the economy. That direct reduction in jobs and investment would, in turn, cause an enormous reduction in the number of available jobs elsewhere in the economy. The administration should recognize the harm a new global corporate minimum tax would do and refrain from agreeing to tax multinational businesses at an unreasonable rate.

With the creation of a new minimum tax rate, countries would be able to capture the difference between that minimum rate and whatever individual firms paid on their overseas earnings, resulting in a higher tax burden for businesses.

Middle and lower-class consumers cannot afford to pay higher prices for goods, and the reduction in employment will mean less money in the pockets of workers. A 2020 survey from the Pew Research Center revealed 1 in 4 U.S. adults have struggled to pay their bills since the pandemic began, forcing 1 in 3 to dip into savings or retirement accounts to make ends meet. Forcing average Americans to bear the brunt of a large increase in the costs of consumer goods would push them to the brink.

Current corporate employees could also be seriously harmed by the introduction of a new global minimum rate. A report from the National Bureau of Economic Research found that a one percentage point corporate tax increase results in employment falling by about 0.2 percent and total wages dropping by 0.3 percent. This is due to the fact that wages and salaries account for nearly 70 percent of the total cost on employers, making workers the likely sacrifice of a new global corporate tax.

A global minimum rate would reduce the amount of investment. In turn, with less capital being available, some investment decisions would become no longer worth the financial risk. Moreover, higher consumer prices at home would adversely impact American consumers at a time where our economy needs to be rebounding.

Imposing a new global minimum corporate tax rate on U.S. industry, while attempting to capture higher tax revenues, would operate at the great expense of American consumers, workers, and the health of the economy. The administration should avoid reaching any agreements on the establishment of this tax. Raising the rate tremendously now would derail economic recovery at a time when Americans need economic security and policies in support of that goal.