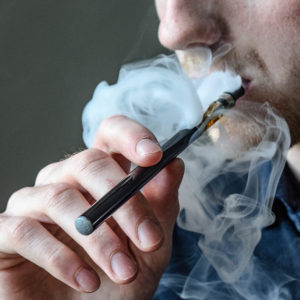 Alongside the COVID-19 pandemic, much of the political discussion over the course of the past year has been centered on deals to bolster infrastructure in the United States, as well as broader economic and funding packages for lawmakers to advance a host of legislative priorities. While the debates over what exactly makes it into those packages will rage on, there will inevitably be one simple question: How will Congress pay for it all?

The discussions often go in predictable directions, and lawmakers propose taxes on things like cigarettes, cigars, and alcohol to help generate large amounts of revenue. After all, raising taxes on cigarettes and alcohol can discourage people from using them while also raising revenue for important public projects. It’s no surprise then, that some in Congress are proposing exactly that as they look to fund an upcoming $3.5 trillion spending package.

What’s distressing about this specific proposal, though, is that these taxes go beyond just traditional cigarettes and cigars. Along with those taxes, some in Washington are advocating for a new tax on vaping and harm reduction products that use nicotine, something that could have a devastating impact in the long run as we work toward reducing smoking and improving public health.

That’s why it is absolutely imperative for any new regulations or taxes like the ones currently being proposed to be fully science-based. If we allow taxes on harm reduction products to climb without a proportionally large increase for more dangerous tobacco products, then we do little to achieve real, tangible public health outcomes. Rather, they’ll only turn people away from products that could save their lives. It’s exactly the opposite of what lawmakers should be doing after cigarette sales remained flat last year.

Nicotine pouches, for example, are a powerful harm reduction tool because they eliminate the harmful carcinogens that smokers would otherwise inhale while satisfying their craving for nicotine. For people looking to transition away from cigarettes or quit altogether, they can be an important part of their journey. The higher taxes on those products are, though, the less likely it is consumers will look to them instead of cigarettes.

Instead, the federal government should follow the example set by the state of Tennessee, which wisely exempted smokeless products from its wholesale tax on traditional tobacco products like cigarettes. By recognizing the vital role these products play in reducing the rate of smoking and encouraging people to lead healthier lives, the state’s lawmakers made important progress in making harm reduction more accessible to the people of Tennessee.

Today, an estimated 34.1 million U.S. adults smoke cigarettes. If we are truly dedicated to gradually bringing that number down, we must commit to making harm reduction products more accessible to consumers, not less. Unfortunately, the new taxes being proposed will only make these products more difficult to get, and in the end, lead to the very harm they’re trying to prevent.

Markus Lindblad is head of External Affairs at the Haypp Group, an e-commerce company promoting healthier smoking product alternatives. He wrote this for InsideSources.com.