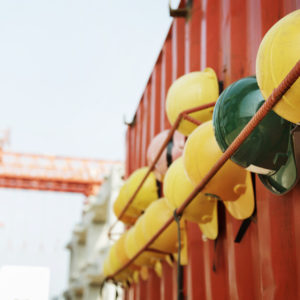 Posted to Politics August 09, 2017 by Kathleen Rest and David Michaels

The U.S. government has tried for decades — and with considerable success — to make workplaces safer; to provide free access to research, information and guidelines to inform best practices for businesses of all sizes; and to enforce the law when unscrupulous companies put workers at risk.

In a flurry of recent activity aimed at cutting the budget and rolling back protections, the Trump administration is compromising worker safety. If you work, or know someone who does, you need to pay attention — people’s lives are literally at stake.

People like 25-year-old Donovan Weber who suffocated in a trench collapse in Minnesota. Or Michael McCort, Christopher Irvin, Antonio Navarrete and Frank Lee Jones who were killed at a power plant in Florida when molten slag reaching 1,000 degrees poured down on them as they tried to unplug a tank. Or Wanda Holbrook, whose head was crushed by a malfunctioning robot as she adjusted machinery in Michigan.

Each day in the United States, 13 people are killed as a direct result of hazardous working conditions. And, more than 10 times that number die of work-related diseases that are less sudden but no less devastating. Diseases such as cancer due to exposure to radiation and chemicals, or debilitating and irreversible illnesses such as silicosis, black lung and asbestosis. All told, an estimated 50,000 to 60,000 U.S. workers die of occupational diseases each year — an astounding number that rarely makes headlines.

And then there are the almost 3 million non-fatal injuries and illnesses reported in 2015 just among private industry workers alone, although Bureau of Labor Statistics studies put the actual number closer to 5 million. These happen daily in factories, offices and hospitals and on farms, fishing vessels and construction sites. Some injuries are short-lived, with a quick recovery. Others change lives — permanently.

Having dedicated most of our own working lives to trying to improve worker health and safety, here’s what we know for certain: The vast majority of these deaths, diseases and injuries are preventable.

Our worry now is that we are in danger of going backward. Since January, we’ve seen delays and rollbacks in workplace protections. For example, the Occupational Safety and Health Administration has proposed weakening protections for workers exposed to cancer-causing beryllium and delayed enforcement of its silica rule, increasing the likely incidence of lung disease. It has delayed the electronic submission of injury and illness data and stopped releasing public information about enforcement actions, inhibiting public and researchers’ access to data that can inform prevention.

And Congress has permanently terminated OSHA’s ability to fine employers with a long-standing pattern of injury and illness record-keeping violations, a previously important signal to others in the industry.

Equally worrisome are proposed budget cuts for research, education and training designed to improve the health and safety of our nation’s workplaces — research that enhances knowledge on existing and future hazards; that underpins government policies and workplace practices; and that spurs innovations in workplace safety.

The Trump administration proposed a 40 percent cut in the budget of the National Institute for Occupational Safety and Health, the nation’s primary federal agency conducting research, transferring knowledge to employers and workers, and making recommendations for preventing work-related illness and injury. It is also the only federal agency that supports education and training of workplace health and safety professionals.

A cut of this magnitude would have dire effects on the government’s ability to keep its workplace guidelines up to date with the latest research, and would greatly reduce the availability of workplace health and safety professionals that service both employers and workers. While some in Congress have already scaled back the reduction, they have not eliminated it.

From an economic standpoint, limiting research and rolling back science-based safeguards are short-sighted at best. The societal cost of work-related fatalities, injuries and illnesses was estimated at $250 billion in 2007 based on medical costs and productivity losses alone. Government investment in workplace safety and health is just smart money that pays dividends for employers, workers and our nation’s economic well-being overall.

Rolling back and delaying science-based safeguards, or scaling back the research needed to understand hazards, exposures, risks and solutions erodes the health and vitality of our nation’s workforce.

For the sake of our own loved ones — and the collective welfare of the nation’s current and future workforce, it is a time for vigilance and voice on behalf worker health and safety research and enforcement. We need to raise our voices, speak out, and hold our elected leaders accountable for ensuring that our science-based worker protections remain strong.

Kathleen Rest is the executive director of the Union of Concerned Scientists and former acting director of the National Institute for Occupational Safety and Health. David Michaels is a professor at the George Washington University School of Public Health and the former assistant secretary of labor for the Occupational Safety and Health Administration.