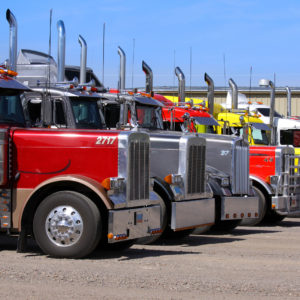 The COVID-19 crisis could rewrite the balance in the freight transportation industry — and not in a good way for consumers — by providing an impetus for moving more heavy trucks on strained highway systems.

At issue is that while Congress has rejected previous attempts to lift size and weight limits of trucks, lawmakers allowed a temporary reprieve from the weight limit as part of its response to the coronavirus crisis.

Trucks allowed to carry more weight, the reasoning went, can carry a greater amount of essential supplies, if needed. That rule expired in July.

But the concern is that without a vigilant eye, heavier trucks might stay on the roads for the foreseeable future. This would be bad for consumers who need a viable highway system as well as a privately owned freight rail network — both of which are vital for freight transportation.

Both the weight and size limits are under near-constant attack from powerful businesses that put pressure on federal and state lawmakers to relax them. The most recent attempt to do so was this summer when the House of Representatives approved an infrastructure package, but not before considering various amendments that would have relaxed truck weight limits.

As adept taxpayer advocates have noted, these limits don’t contradict support for free markets. In fact, they protect all of us from having to further subsidize frequent highway users.

Thankfully, Congress has been remarkably consistent on the matter over the years, though lawmakers are primarily concerned with the serious road safety ramifications.

Any increase “to truck size or weight would present both an unacceptable risk to motorist safety, including the safety of truck drivers themselves, and an unaffordable strain on roads and bridges in our communities,” several dozen lawmakers said in a joint letter this summer.

“Congress has repeatedly rejected proposals to increase truck size and weight in a bipartisan fashion, and a large coalition of stakeholders — including public safety advocates, law enforcement organizations, local government groups, representatives of truck drivers, and members of the trucking industry — have joined in that opposition,” they added.

All true — but the public safety downsides would be compounded by the downsides to the rail industry. For starters, allowing longer and heavier trucks on the road would slash the use of rail and intermodal truck-rail freight shipping. That would peel away rail cargo and put many bigger trucks on roads alongside motorists.

“Even a modest relaxation of the standards that govern truck sizes and weights will produce a measurable diversion of rail freight traffic to all-truck routings,” it found. “The most aggressive changes to truck size and weight standards could be ruinous to rail carriers and to the public sector policies designed to mitigate the growth of truck-related harms.”

Temporary increases to truck weight limits may be needed at time of national crisis. But as the roadways begin to fill up again with motorists, lawmakers at the state and federal level need to ensure that truck sizes are back to normal for the long run.

Otherwise, the rail industry will suffer, along with public safety and highway infrastructure.