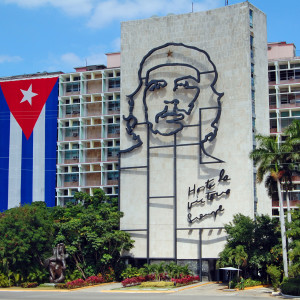 Protests in the Streets of Cuba; Where Do We Go From Here?

For those of us interested in both the history and present-day conditions of the Caribbean’s largest island, the massive protests that took place across Cuba this past Sunday are truly unprecedented.

Unlike the past, social media has now allowed the world to witness the current yet deep-seated lack of support for the Cuban government that exists not only in South Florida but also on the island. As in many parts of the world with access to technology, it is remarkable to see many protesters armed with a nonviolent yet extremely powerful weapon: a smartphone. Given that the raw objectivity portrayed via social media can significantly influence world public opinion, I can only hope that these videos will protect the thousands marching in the streets of Cuban towns.

But what do these protests mean for U.S.-Cuba politics? What should the U.S. government do about the situation? Before addressing U.S. policy, we need to dive deeper into the situation in Cuba.

It is not surprising the Cuban government, whose power structures have repressed dissidence and opposing political views for the past 60 years, chose to immediately disrupt internet connectivity once the protests gained traction. This is the most concerning news we have heard to date. Unfortunately, the totalitarian rhetoric used by the Cuban government to condemn these peaceful protests coupled with their decision to shut down internet connectivity not only confirms the government’s disregard for individual rights but also highlights the potential use of life-threatening tactics towards protestors and their families.

The government’s actions appear inconsistent with the island nation’s 2019 Constitution, one of the pillars of the promised “government reforms.” Buried in this intriguing document lies Title V, Chapter II, Article 56 which states the following: “The rights of assembly, demonstration, and association for legal and peaceful purposes are recognized by the State whenever they are exercised with respect to public order and in compliance with the precepts established by the law” (unofficial translation).  At face value, certain individual rights seem to be protected by the Article’s wording. However, a mindful reading of the document as a whole demonstrates clear shortfalls regarding the limited scope of this so-called right to protest; which in turn calls into question the ability of citizens to enforce their rights. The 2019 Constitution is full of contradictions and conflicting language, basically juggling Communist Party rhetoric with mild and incoherent references to some extremely limited individual and property rights. Furthermore, all of its provisions are subject to the Communist state rule of law given that the 2019 Constitution expressly establishes the Communist Party as the supreme government structure of the Republic of Cuba. Therefore, the Communist Party is in fact the only political party allowed to execute the policies and laws of this socialist state. Go figure.

This latest Constitutional reform effort evidently does not signal a significant change in government structures or policy. Although it may raise some hope of reform when cherry-picking some articles here and there, the realities behind 60 years of Cuban Communist Party rule remain unchanged.

With this in mind, should U.S. policy towards Cuba remain similarly unaltered, or should the U.S. rethink the correlation that exists between the intended purpose and the true effects of its policies? I certainly understand arguments that support a policy of economic sanctions and restrictions, also known as a trade embargo or economic blockade (depending on who you ask). I also fully understand the magnitude of the pain and suffering that many Cuban families have had to endure both in Cuba and outside of Cuba, as a result of the Cuban Revolution. That pain fuels anger that understandably leads to support for the U.S. embargo policy. Additionally, the families in Cuba that have benefited from the Cuban Revolution will always defend it and obviously continue to fight to protect and preserve their current situation.

But with all due respect to those human experiences, bear with me a few minutes as I attempt to provide a different analysis of this situation.  Theoretically, if sovereign nations decide not to invest in other nations due to political disagreements, they should be able to make those choices.  However, if these policy decisions restrict needed investment in a country struggling with severe shortages of food, medicine, and basic needs, then countries committed to human rights and dignity have an obligation to, at the very least, measure carefully the impact of their policies. Regarding U.S.-Cuban relations, it is important to note that 1) Cuba is currently not a threat to U.S. national security and 2) the island has been struggling with severe economic and humanitarian crises following the collapse of the tourism industry and the many other negative effects of the pandemic. Cuban Americans and others desperately trying to support their friends and relatives in Cuba understand this concern. Therefore, the U.S. should refocus its policy objectives by measuring its current impact on the Cuban people.

With regards to the current protests in Cuba, citizens on the island have aimed their efforts at highlighting the realities behind the Cuban government’s role in perpetuating the present-day crises. For the past 60 years, the Cuban government was able to convince a large portion of the Cuban people, and the rest of the world, that their inefficiencies, failures, and repressive methods were a direct consequence of US policies alone. However, something different happened this past Sunday. People protesting in the streets demanded genuine change by blaming the Cuban government for many of their grievances and calling it out for what it truly is: a dictatorship.

The events of last Sunday and the aftermath in these next weeks will test the credibility of so-called government reform efforts in Cuba. Hopefully, we will see more protests and, most importantly, the government’s tolerance of the people’s right to protest. If so, then maybe serious revisions to U.S. policy and negotiations between the U.S. and Cuban governments could lead to some much-needed humanitarian aid and significant government reform in Cuba. Otherwise, I would have to remain as skeptical as most Cubans. Particularly because I have felt the pain and suffering described above, as a son of Cubans who once believed they were exiles and, with time, perceived themselves as Cuban immigrants instead.

Victor Rodriguez is chair of the Legal Studies and Political Science Department at the University of New Haven. He wrote this for InsideSources.com.