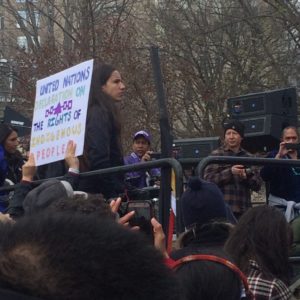 Protests, Lawsuits Aim to Stop New Pipeline Projects But Will Industry Wait Them Out?

At their height, the Standing Rock protests were the 10th largest city in North Dakota. More than 10,000 people camped out on the prairie to stop the Dakota Access Pipeline which opened, after months of delay, in 2017. Failure hasn’t stopped the indigenous environmental movement, which continues to work to delay pipeline construction in both the U.S. and Canada.

Most protests are unsuccessful in stopping pipeline construction outright. Even in the months immediately after Standing Rock, related protests in Florida (Sabal Trail) and Texas (Trans-Pecos) failed and as time has passed, protesters have lost much of the enthusiasm evident in 2016. But even unsuccessful protests can hurt pipeline companies, as delays add millions in additional costs.

In Louisiana, Energy Transfer Partners (ETP) is seeing this firsthand, as a small but stubborn group of protesters continues to delay construction of the Bayou Bridge pipeline, which runs through southern Louisiana and cuts through the Atchafalaya River Basin for about 20 miles.

For months, the project has been dogged by legal action challenging work permits and aggressive action from protesters, who have chained themselves to machinery, sat in trees for days, and otherwise attempted to halt construction work. Despite the setbacks, the company predicted over the summer that the project would be completed by October. Instead, protesters continue to snarl construction work, adding to the costs of the project.

Further north, in Canada, Prime Minister Justin Trudeau is discovering that these protesters are unwilling to compromise. Alberta’s economy is heavily reliant on development of tar sands oil. With production outstripping pipeline capacity, a new series of pipelines has been proposed—and even supported by Trudeau’s government. In May, the Canadian government stepped in to purchase the Trans Mountain pipeline from KinderMorgan after it seemed like the company would pull out in the face of opposition from indigenous leaders, environmentalists, and the government of British Columbia.

Since then, Trudeau has faced opposition from groups that had previously considered him an ally. Attempts to shore up support among native tribes that feel they were improperly consulted have, so far, only backfired.

Last week, Trudeau received a strongly worded letterfrom the Union of British Columbia Indian Chiefs (UBCIC), expressing their “absolute condemnation” of remarks he made to UBCIC Secretary-Treasure Kulpi7 [sic] Wilson, who had questioned his decision to proceed with the Trans-Mountain pipeline.

“I would be careful about minimizing or ascribing to reasons for people to disagree with you… I don’t think we should be criticizing them just because they disagree with you, Judy,” Trudeau told her.

Wilson and her allies are offended that Trudeau referred to the official by her first name. They also reject out of hand his attempts to balance the needs of Canadian oil producers with those of environmentalists. In fact, a new camp—Unist’ot’en—has arisen in British Columbia.

The camp has been erected on a spot where TransCanada, Enbridge, and Pacific Trails are all looking to lay pipelines. While accepting applications from supporters who wish to join the movement, the camp is careful not to call itself a protest. Instead, they see the project as “a peaceful expression of our connection to our territory.”

Even so, their methods mirror those used—unsuccessfully—by protestors in Standing Rock and at other projects in the U.S.

These actions differ in approach from the groups trying to stop the resurrected Keystone XL pipeline—another project which would bring Canadian tar sands oil to the U.S. So far, Keystone pipeline opponents have focused on trying to prevent the project from obtaining the permits needed for construction.

On Friday, environmentalists won a ruling preventing TransCanada, the company building Keystone, from performing certain pre-construction work. Although the project was granted federal approval more than a year ago, court orders have prevented the company from performing much work on it.

The resistance to both the Trans Mountain and Keystone pipelines is bad news for Alberta oil producers, who find themselves holding a glut of oil with no way to get it to market. Last week, oil producers announced production cuts in an attempt to liquidate existing backlogs of oil. Tribal leaders gloated over the announcement.

“To those saying this will be a temporary problem that will soon be solved when Enbridge’s Line 3 comes on line next year, don’t count on it—the resistance to that tar sands pipeline is massive and growing,” wrote Grand Chief Stewart Phillip, president of the Union of B.C. Indian Chiefs, and Grand Chief Serge Simon, a member of the Mohawk Council of Kanesatake.

“Enbridge is truly in for a repeat of its Northern Gateway experience. As for the Trans Mountain expansion tanker and pipeline project, one way or another, it will be stopped.”

The question is: will Phillip, Simon, and their allies be able to make actually halt the project, or just delay it?