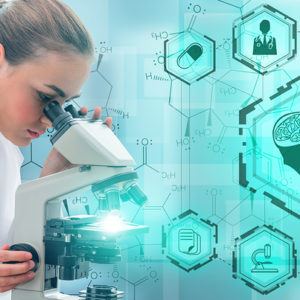 The knowledge that the National Institutes of Health will be spending $1.15 billion on Long COVID was music to the ears of people who suffer from Myalgic Encephalomyelitis, also called Chronic Fatigue Syndrome, and often linked in the acronym ME/CFS.

Long COVID is affecting people who had the virus, had seemingly recovered from it, but are having symptoms which appear to be similar or identical to those afflicting ME/CFS sufferers.

For decades, funding for research on ME/CFS – which I have called “a disease hidden in plain sight” — has been starved at the NIH. Much of the research has been funded privately, often by small contributions from the patient community. Now, concomitantly, there may be some real money and greater hope.

ME/CFS symptoms are horrific: collapse after exercise, brain fog, pain in the head and joints, light and sound intolerance, sleep that doesn’t refresh. Some patients are bedridden for days, others for life.

I became interested in ME/CFS about 11 years ago. In addition to writing about the disease, I have created and maintain a YouTube channel, ME/CFS Alert, which is up to 125 episodes. I have been in many sick rooms and the suffering of the sick and their caregivers — if they are lucky enough to have any — is awful to see.

But the disease, terrible as it is, is hard to diagnose. There are no known diagnostic biomarkers — in blood or urine or tissue — and it isn’t part of medical school curricula, which makes finding a doctor hard for patients. An American patient sees an average of 12 doctors before getting diagnosed.

Dr. Nina Muirhead, an Oxford-educated, British surgeon and ME/CFS patient, told me in the latest ME/CFS Alert episode that although she is in the medical profession, she saw 13 doctors before finding one who understood her problem.

Enter the psychiatrists. For decades an influential few of these, led by Britain’s Sir Simon Wessely and Michael Sharpe, have been trying to persuade the British National Health Service and insurance companies that this very real disease is psychosomatic. In other words, that it is a mental illness.

These theories of “It’s all in your head” have been renounced and found wanting by a myriad of experts and millions of patients around the world. Even the prestigious Institute of Medicine in the United States has come through on the patients’ side.

But psychiatry just doesn’t give up. The latest salvo, published as an op-ed in the Wall Street Journal, criticizes the government for spending money on Long COVID and vigorously asserts ME/CFS as a mental illness. It comes from Dr. Jeremy Devine, a resident psychiatrist at McMaster University in Hamilton, Ontario, Canada.

Dr. Devine also leveled ad hominem attacks on two organizations for supporting patients: Body Politic, an online group supporting Long COVID patients and others, and the Solve ME/CFS Initiative. I don’t know anything about the former group, but I know a lot about the latter. The Los Angeles-based Solve ME/CFS Initiative is newly headed by Oved Amitay who had a long and distinguished career as research scientist, working on therapies and medicines for orphan diseases.

The Solve ME/CFS Initiative is one of a number of devoted patient advocacy and research funding groups which have taken up the job of research when the government has not. They are organizations like the Open Medicine Foundation, run by the tireless and dedicated Linda Tannenbaum and #MEAction Network, founded by Jennifer Brea who made a compelling movie, “Unrest,” about her suffering from the disease down through the years. Devine said of Solve ME/CFS, “the organization is fundamentally resistant to the idea that chronic fatigue is a symptom of an underlying mental health issue.”

I have no idea what led Devine to attack those who suffer and organizations which speak for them, but I wonder if like me he has visited sick rooms or talked to some of the great researcher-physicians like Dr. David Systrom at Brigham and Women’s Hospital and the Harvard Medical School, Dr. Ronald Tompkins at Massachusetts General Hospital and the Harvard Medical School, or Dr. Nancy Klimas at the Institute for Neuro Immune Medicine at Nova Southeastern University?

People afflicted with ME/CFS write to me daily with stories of horror, of being too sick to work and, often, too sick to want to live. They suffer every hour of every day and are burdened with the greatest burden of all: to have lost hope. A well-funded NIH research effort on Long COVID, extending to ME/CFS, will bring hope to millions here and abroad.