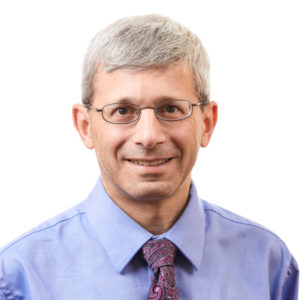 A leading public health expert and anti-smoking advocate calls the San Francisco vote to ban smoking and vaping in residential apartments “the opposite of what we should be doing” to improve health outcomes.

The San Francisco board of supervisors voted 10-to-1 to prohibit smoking of traditional cigarettes as well as vaping, but they exempted cannabis which, Dr. Michael Seigel says, undermines the stated goals of risk reduction.

“If the principle here is that nobody in an apartment should be exposed to harmful combusted products from an adjacent apartment, then there’s no justification for saying, ‘we’re banning tobacco, but not cannabis.’”

Siegel, a professor of community health sciences at Boston University’s School of Public Health, made the remarks during a conference call with journalists presented by InsideSources.

Siegel noted that if the ordinance passes, people trying to quit smoking through the use of electronic cigarettes and other electronic nicotine delivery devices will have a net negative impact on smoking cessation rates.

“This is a very effective mechanism for smokers to quit,” Siegel said, referring to electronic cigarettes as a viable intervention for smoking cessation.

He referred to a benchmark scientific study published in the New England Journal of Medicine that found e-cigarettes to be an effective alternative to smoking over traditional nicotine replacement therapies like gums, lozenges, medications and patches.

“What this ordinance does is that it makes it almost impossible for smokers to legally use this method of quitting,” Siegel added. “What it is essentially doing is telling smokers: If you smoke, we have nothing to offer you.”

Siegel also said that he views vaping should be exempt from the prohibition, citing that the harms of secondhand aerosol from these devices are considerably less harmful than secondhand smoke. By doing so, he said, San Francisco is violating the “harm reduction principle” of public health by prohibiting a safer alternative to smoking.

If the ordinance passes, the city’s department of public health will be charged with enforcing the ban. Violators, primarily consumers, could face fines of up to $1,000 per day, while actual violations of the ordinance will not face mandatory eviction.

Ulrik Boesen, a senior analyst at the nonpartisan Tax Foundation, joined Siegel to discuss the impacts of these bans on state revenue. He used the example of Massachusetts, where flavored vape products were banned in 2019 and flavored tobacco, including menthol cigarettes, were banned in June.

The result was a drop in Massachusetts revenues, but not — Boesen said — a drop in smoking. Instead, “in Rhode Island and New Hampshire their sales increased by 56 percent, Vermont’s by 21 percent and Maine by 30 percent. Significant increases in all the neighboring states simply because Massachusetts banned a popular product,” Boesen said.

“That means they did not achieve their public health goals, which was fewer people who smoke.”

San Francisco currently bans the sale of all electronic cigarettes within city limits until long-term health effects on humans are identified or if the Food and Drug Administration takes further action on these products. If this measure passes on final reading as expected, San Francisco will become the strictest municipality in the U.S. for nicotine vaping.

The ban originally included smoking and vaping cannabis-derived products, including medicinal products and CBD. However, after significant backlash from the marijuana lobby, the board of supervisors voted to amend the bill to exempt marijuana and other cannabis-derived inhalant products.