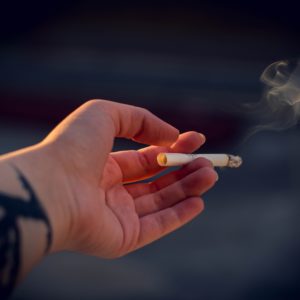 Photo by Sabrina Rohwer from Pexels
[IS] Opinions

As the percentage of Americans smoking has fallen to below 14 percent, and tobacco giant Philip Morris has even declared it is trying to “achieve a smoke-free world,” it’s tempting to think the public health debate over smoking, tobacco and nicotine is over.

Instead, the battle has largely shifted to a new debate over prohibition vs. mitigation: Should smoking, vaping etc. simply be banned? Or should governments treat products that lower risks of bad health outcomes differently than they treat traditional cigarettes?

Some anti-tobacco organizations have made the decision to treat vaping as though it’s the same as smoking tobacco, despite data showing the risks of each are far different. States like Michigan and Massachusetts have actually implemented bans on vaping or vape products, but have left traditional cigarettes on the shelves — an approach some public health experts fear could lead to more cigarette use.

While former President Donald Trump says he did his best to defend the vaping segment, he, in fact, implemented a national ban on flavor electronic cigarette products, including pods. And he raised the minimum legal sales age to 21 for both traditional tobacco products and those deemed equivalent to tobacco by the Food and Drug Administration (FDA).

And it was on Trump’s watch that the premarket tobacco applications regulatory pathway implemented by the FDA took effect, causing widespread industry panic and potential unemployment.

It’s an interesting track record for Trump, whose supporters were disproportionately in the demographic most likely to still use traditional cigarettes: Middle-aged white males from the South and Midwest without college degrees.

Biden and Harris have an opportunity to expand this sentiment to all recreational drugs like nicotine. The fight against underage use of vaping and tobacco products must continue. However, the opportunities for adults to quit smoking for good are overwhelming and will have a net benefit for the nation’s public health.

InsideSources reached out to experts in health sciences, law, regulation, and epidemiology asking what they thought about how the administration should approach tobacco harm reduction policies and the regulation of smoke-free products. Here are their responses, including their thoughts on how to implement tobacco harm reduction and reform toxic tribalism among public health professionals.

Dr. David Abrams is a professor of social and behavioral sciences at New York University’s School of Global Public Health. He won the 2019 Michael Russell Award at the Global Forum on Nicotine.

“In planning for the ‘Cancer Moonshot,’ the Biden administration must focus on preventing cancer, and incorporating harm reduction for those who smoke is an important start. There is a continuum of harm and policy must be risk proportionate relative to the harm of products where combusted cigarettes are by far dramatically more risky and harmful than smokeless products ranging from Nicotine Replacement Therapy to smokeless snus to nicotine vaping and heat not burn products. Nicotine is what makes cigarettes addictive, but smoke is the killer.”

“The major objective is to increase the smoking quit rate in older smokers because that both maximizes and brings forward in time the benefits of smokers switching to lower risk options or quitting. That objective is achieved by continuing current tobacco control policies but complementing these with a full range of tobacco harm reduction options. These need to regulate to maximize benefits and minimize adverse effects with risk proportionate regulations, especially taxation, flavors, advertising and use in public places. The aim is to ensure these lower-risk options are available, accessible, affordable, attractive and safe.”

Dr. LT Kozlowski is a professor of community health and health behavior at the School of Public Health & Health Professions at the University at Buffalo, SUNY, in New York state. He recently authored a pre-print commentary article analyzing the harm of tribalism in tobacco control and public health. The article is due to be published in the academic journal Nicotine and Tobacco Research.

“Some may think of tobacco control science as an evidence-based, objective, rational scientific citadel. The present account of tribal clashes on THR issues, biased by feelings of trust and mistrust, and arising out of values, moral emotions and attitude roots, seems pertinent to me. That attempts at rational thought are subject to many biasing influences has been recognized for decades. Perhaps being reminded of the multiple non-scientific foundations of viewpoints will cause some reassessments of positions or even the confidence one has in positions. Additional respected experts may not be persuaded to weigh in on THR. But research does argue that such could contribute to progress, especially if otherwise trusted researchers come into the debate.”