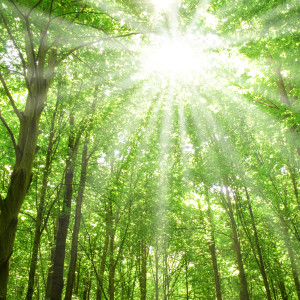 As I read the piece (Public Lands and Political Order) from Josh Smith and Ryan Yonk recently, I found myself unpersuaded by their attempts to distance themselves from the armed occupiers of the Malheur National Wildlife Refuge in Oregon. I agree wholeheartedly with the authors that armed conflict and intimidation are not the way to bring about positive change. However, it seems that the authors are merely picking up the narrative where the Bundys left off — a push to seize and sell off America’s public lands.

At its heart this argument is not about giving land back to the people — public lands are already our American birthright — but about handing it over to shadowy special interests.

The uniquely American idea of national public lands mean that we all have an equal right to, and a vested interest in, protecting our natural treasures. We should not allow public lands to be taken over by corporate interests under the cloak of “states” rights. To do so would cede our rights and the rights of future generations to explore and enjoy our national public lands.

State proposals to seize national public lands come with tremendous costs. There is the cost of fighting an already lost legal battle, the cost to taxpayers of owning and maintaining the lands, and the cost to our quality of life as access and lands are lost to the public.

The U.S. courts have weighed in numerous times on this issue over the decades and have consistently found that states have “no constitutional power to force federal land transfers.” This was a deal that Western states signed onto when they joined the Union and is a deal that is binding to this day. The Federal Land Policy Management Act even explicitly clarifies that “public lands be retained in federal ownership.”

Furthermore, no state would actually be able to shoulder the financial burden that comes with stewarding national public lands. Take wildfire funding for example. Headwaters Economics found that since 2001, the federal government has spent an average of $3.13 billion annually fighting wildfires. Broken down by state, this funding alone would exceed what many Western states spend on police protection and law enforcement, according to a study by the Center for Western Priorities.

That inability to pay for public lands creates a downward spiral of higher taxes, insufficient management, loss of access for hunting, fishing and recreating, and auctioning off of some of the country’s most prized outdoor spaces to pay for the upkeep of others.

Researchers at the University of Utah have stated that if states take over land management “hunting, fishing, camping and other uses … are likely to suffer.” The economic imperative would become to mine, drill and log these lands to maximize profit for companies, not for the local communities. And in return, the people that have used those lands would suddenly be shut out.

Our public lands are what people all over the world imagine when they think of the landscape of our country. These are the wide open spaces, the grand vistas, the rushing waters, and the wildlife habitat that are open to everyone to explore and enjoy. This year, we celebrate the centennial of our national parks. It’s a time to reflect on how public lands have shaped our American identity and our history.

And it’s a time to look ahead to the next century of conservation. Ensuring these lands continue to belong to everyone must be a priority of this generation, so future generation can inherit all America has to offer.

Matthew Kirby is a public land policy expert for Sierra Club’s Our Wild America Campaign based in Colorado.