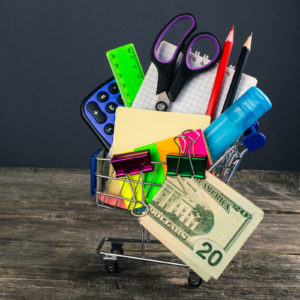 The traditional public school system is the best way to deliver educational choice to parents and families, according to a panel of public school officials and advocates presenting at an event on Capitol Hill on Tuesday. The push to highlight choice offerings available through the traditional educational bureaucracy represents an effort to short-circuit arguments made by private school choice advocates like Education Secretary Betsy DeVos. Those private school choice advocates have made the case that the private sector’s presence is vital for providing innovation and flexibility in education.

The National School Board Association, or NSBA, invited educators from Kansas, South Carolina, and Vermont to highlight the educational choice offerings available in public school districts at the event entitled “Our Public Schools; Expanding the Horizon of Educational Choice.” The event coincided with the NSBA’s release of a report on school choice options in the public sector.

“We’re here to bust the myth that public schools are one-size-fits-all, a monolith that forces students to fit into the schools rather than the other way around,” said Thomas Getzel, the executive director and CEO of the NSBA, in his opening remarks.

For many public school advocates, school choice is often framed as a threat to traditional public education. Groups like the NSBA worry that private school vouchers or tax credit scholarship programs ultimately end up diverting funds away from traditional education systems without being held to the same accountability standards. The NSBA even opposes public charter schools in instances where regulations of the non-traditional public schools are lax.

Therefore, the event showcasing educational choice in the public system marks an interesting twist in the school choice debate from the NSBA because it represents a tacit acknowledgment that many families do want more options for their children. Unlike the school choice advocates on the right, however, the NSBA and its members made the argument that the traditional public school framework is already the best vehicle to deliver that choice.

According to the report issued by the NSBA’s research arm, 65 percent of public school students nationally have the option to transfer to other schools within their district or a nearby district. In addition to the proliferation of public charter schools; magnet schools, alternative educational programs, career and technical education, and dual enrollment options have all increased in the public sector in recent years. The NSBA report also argued that the public sector provides more diversity in educational pathways or advanced coursework than private schools.

“Our school systems were originally built with an industrial mindset, where you would come in, receive all the information from the teacher, and you spit it back out. It’s different now, between project based learning, internships, and magnet schools—it’s a much different landscape,” said John Craig, an assistant principal and professional development leader at Haxen Union School in Vermont.

Craig has helped coach a personalized learning-based transformation in his rural district. In addition to adapting curriculum and learning patterns to his student’s needs and preferences, he made the argument that the public school establishment needs to get better at communicating the changes they are making to parents and the community. His argument was that it is not enough to simply change how schools operate, but public schools should get more aggressive about marketing their advantages outwardly.

Terrell Davis, an official in Wichita Public Schools in Kansas, seemed to agree with Craig’s assessment. Davis was invited to underscore the vibrancy and success that Wichita has found by encouraging a proliferation of various types of magnet schools within its district. He attributed that success, in part, to successful community outreach. For example, Davis described how his district has mined local businesses and organizations for mentors and internships.

The chairman of the board of Richmond School District Two in South Carolina, Craig Plank, also offered some insight into how school districts get their message out about the educational choice they offer. The advertising blitz he described sounded similar to what a private business might undertake to boost sales.

“[Our choice programs] are being promoted in various types of ways, from using traditional billboards and advertising, to choice fairs, we work very hard on the website, school orientation tours, robo-calls, email blasts, we have a district t.v. network, and that’s a critical part of making sure that these magnet programs don’t become ‘us versus them,’” said Plank.

The main idea, that public schools can become centers for education reform if steered properly, is also one that has some purchase among the teachers’ unions. If public schools, and their advocates, like NSBA, are successful in promoting the concept of substantive choice within the public system, they could blunt some of the most successful arguments that have brought about expanded private school choice at the state level.