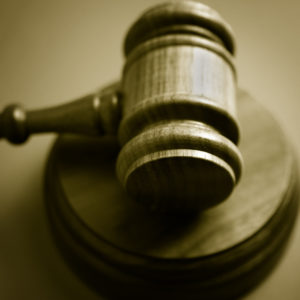 New York Attorney General Eric Schneiderman has spent more than a year trying to obtain records and other documents from ExxonMobil as part of a probe that environmental activists and wealthy liberal foundations have applauded, but this week the tables were turned on Schneiderman.

Schneiderman’s office found itself in court on Tuesday and Wednesday explaining to judges, in separate but related cases, why they would not release communications with environmental activists leading up to the launch of the investigation. Schneiderman’s office claims the emails were internal in one case and covered under law enforcement privilege in the other.

Free-market advocates argued that the New York Attorney General’s Office should release records of its correspondences with environmentalists in a trial court in downtown Manhattan on Wednesday. Judge Manuel Mendez heard the arguments on one of a series of lawsuits that has sprouted from the office’s rejection of public records requests filed in reference to the state’s investigation of fossil fuel companies.

The right-leaning group, Energy & Environmental Legal Institute (E&E), had issued multiple Freedom of Information Law (FOIL) requests last year in a bid to prove their belief that Schneiderman’s office had planned a dual-pronged legal and public relations campaign with environmental activists linked to billionaire Tom Steyer and the Rockefeller family to challenge the energy giant ExxonMobil.

In November 2015, Schneiderman opened a probe into Exxon. Other state attorneys general signed on with their own investigations, as well. Initially, the officials claimed the investigation was into whether Exxon had lied to the public about the risks of climate change, but Schneiderman and other later backtracked. The officials now say they suspect Exxon of defrauding investors by hiding proof that its oil reserves are worth less than it claims. The argument hinges on the idea that Exxon has failed to calculate possible future additional costs attributable to climate change policy associated with burning fossil fuels. Exxon has denied any wrongdoing and has hit back in federal court against the attorney general for what it, like E&E, also suspects is a politically motivated investigation.

E&E and its Washington, D.C. based counsel, the Free-Market Environmental Law Clinic, had issued a series of FOIL requests since Schneiderman began investigating Exxon. While the attorney general’s aides have released a handful of documents, they have claimed exemptions for dozens of other documents on the grounds that their release could compromise an ongoing investigation or that intra-agency communications are privileged.

To justify their rationale, the attorney general’s aides submitted a log that describes the documents that fell within E&E’s requests, but that the agency does not want to unseal. Within those logs are references to apparent email correspondences between state officials and political activists with ties to the green movement.

For example, a withheld email, sent by a Schneiderman aide in the days after the Exxon investigation was announced, was directed to Erin Suhr, a former aide to Vice President Joe Biden, and a current employee at Fahr LLC, a green energy organization founded by Steyer that has given millions to liberal political candidates through Steyer’s nonprofit, NextGen Climate Action. That email carried the subject line: “Following up on conversation re: company specific climate change information.”

The justification for withholding that email, according to the attorney general’s office, was for “law enforcement” reasons. In arguments laid out in briefs filed to the court and reiterated during oral arguments, lawyers for the state argued that release of the email exchange would jeopardize their ongoing investigation into Exxon.

E&E’s lawyers disputed this line of reasoning by pointing to interviews Schneiderman has given to media outlets like the New York Times. They argue that because the attorney general has already laid out his legal theories regarding the case, it is hypocritical for the office to say they need to keep the nature of their investigation under wraps.

“Why won’t the attorney general tell the public about what he said to Steyer and the Rockefellers regarding the Exxon investigation?” one of the E&E lawyers asked in an interview with InsideSources outside of the hearing room.

“Even if we don’t get the documents themselves, it’s clear what’s in them from logs,” argued the attorneys.

Lee Wasserman, the director of the Rockefeller Family Fund, sent another email documented in the agency’s log months earlier. That email went to Lem Srolovic, the assistant attorney general in charge of environmental protection issues. While the Rockefeller family built its fortune on the back of Standard Oil Company (a direct predecessor of ExxonMobil), in recent decades some Rockefellers have become fierce environmental activists. The February 2015 email from Wasserman carried the subject line “Meeting re: activities of specific companies regarding climate change.”

The insinuation from the right is that the Rockefellers and Steyer used their financial clout to seed media reports that cast doubt on whether Exxon was forthcoming with its internal climate science research. E&E then posits that the environmentalists used their political clout to convince attorneys general, like Schneiderman, to open broad investigations. Both the environmentalists and the attorney general’s office have denied improper coordination. Schneiderman’s office has also pointed to Exxon recognizing the legitimacy of the investigation in court and handing over millions of pages of documents.

Furthermore, in these cases, law enforcement agencies frequently argue that they speak with all types of informants on a regular basis. They say they need to be able to talk to a variety of sources to gather information and decide which tips to follow up on. They also argue that releasing their correspondences with groups or people giving them information could discourage other informants to come forward in the future.

The Wednesday hearing came one day after another lower-court New York State Judge also withheld judgment on yet another records request dispute between the same parties.

In that case, Judge Arlene Bluth was being asked to rule on an October 30th, 2015 email with the subject line “Clean Power Rule Materials,” that included four attachments. That email was sent by a state official in the agency to Schneiderman, and a political operative named Kristie Stiles (who has worked for a number of New York politicians including Elliot Spitzer, the state’s disgraced former attorney general and governor).

Because Stiles was not an employee of the attorney general’s office at the time, lawyers for E&E argued that the email and the attachments should not be subject to intra-agency communication protections from public records searches.

Lawyers from Schneiderman’s office responded by pointing to an affidavit from the official who sent the email, Christine Harvey, in which she explained that Schneiderman was in Florida in late October 2015 at the time of the email. Harvey said she had cc’d Stiles on the email so Stiles could print the attached documents and hand-deliver them to Schneiderman without disrupting his schedule of meetings. In her sworn statement, Harvey said: “I had no intention that Ms. Stiles would be privy to any of the materials substantively,” despite having sent her the email directly.

According to the agency official, the email and attachments contained background information that would prepare the attorney general for a telephone press conference on recently announced federal clean power regulations to be held the following day. (Incidentally, President Trump repealed those Obama-era regulations in Washington on Tuesday).

Rulings on both sets of documents are expected in the coming months. From the arguments made in court and the document logs, it’s clear that officials in the attorney general’s office were in contact with members of the environmental lobby in the weeks and months before opening the probe into Exxon.

Whether the matter evolves from a minor nuisance for the attorney general to the full-blown problem that E&E believes it is uncovering, depends on whether the courts unseal the email correspondences, and what those correspondences contain.

Almost simultaneous to the Wednesday hearing in New York was a federal district court ruling in Texas. Judge Ed Kinkeade, taking action to move the case to a district court in New York, questioned whether Schneiderman and Massachusetts Attorney General Maura Healey were “trying to hide something.” The case revolves around secret presentations given by climate activists to a group of attorneys general investigating Exxon ahead of a major press conference. The judge asks: “Should not the attorneys general want to share all information related to the AGs United for Clean Power press conference to ensure the public that the events surrounding the press conference lacked political motivation and were in fact about the pursuit of justice?”