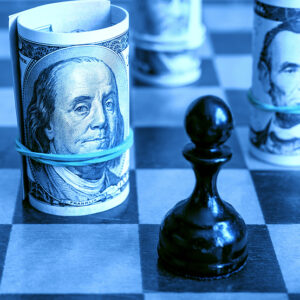 A lot of ink has been spilled analyzing Democrats’ $3.5 trillion spending package, but this tax-and-spend spree is not the only threat to our economy and America’s global competitiveness. The antitrust package that passed the House Judiciary Committee would create a regulatory wrecking ball bureaucrats and regulators could use to punish companies for growing, making the U.S. less economically competitive.

Democrats’ $3.5 trillion tax plan would make the U.S. corporate tax rate the third-highest among industrialized nations. That has rightfully raised concerns over how companies may move offshore and take jobs with them. However, tax treatment is not the only metric businesses are sensitive to. The regulatory landscape can similarly cause businesses to make rational decisions and industries to move to more hospitable areas. Countries looking to be economically competitive and an attractive place for businesses to flourish can’t punish innovation.

Unfortunately, that’s exactly what the House Judiciary antitrust package does. Even more concerning are reports that the Senate is considering companion antitrust legislation. The implications of harsher tax treatment are bad, but the ramifications of heavy-handed regulations could cause similar damage. Collectively, the legislation that Democrats shepherded out of the House Judiciary Committee earlier this year would attempt to punish companies’ success and create an antagonistic bureaucracy to prevent innovation and growth.

The most obviously destructive piece of legislation is Rep. Pramila Jayapal’s (D-Wash.) bill that would take the radical step of breaking up American companies. A fellow Democrat on the Committee said it would,  “take a grenade and just roll it into the tech economy and just blow it up, and see what happens.” However, other bills in this package would similarly damage America’s role as a global leader in technology and innovation.

Rather than working to protect consumers from harm as the antitrust policy is intended to, this bill empowers the government to evaluate the business model of companies and bring them down to government-approved size. This approach punishes businesses for offering valuable services that consumers widely enjoy. Dressed up as antitrust “reform,” these antitrust bills essentially give federal regulators free rein to snipe at businesses. Hitting the self-destruct button on the American technology sector will not just cause damage here at home, it would also threaten to make us less competitive on the global stage.

It’s not by chance that these major technology companies are all located in the United States. Aggressive European regulators have made their continent a far less appealing place for innovative companies to set up shop. However, we shouldn’t mistake the present for permanence. Much like high taxes can drive out businesses, onerous regulations can have the same effect. Implementing an arbitrary ceiling on a booming sector of the U.S. economy harms consumers here and boosts the prospects of competing countries.

As technology develops, there are bound to be public policy problems that need to be addressed by Congress. These issues should be remedied with targeted, reasonable reforms. However, this antitrust package puts a premium on limiting the size of companies rather than prioritizing consumers and innovation. Instead of punishing growth, lawmakers should craft tax and regulatory legislation that protects consumers and rewards innovation.

Will Yepez is a policy and government affairs associate with the National Taxpayers Union, a nonprofit dedicated to advocating for taxpayers at all levels of government. He wrote this for InsideSources.com.