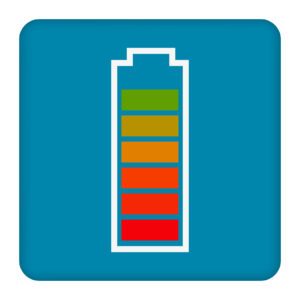 Putting Power in the Bank

Spiking temperatures in the summer and winter are only getting worse. Electrical power grid demands are starting to exceed supply. The solution is to “Bank Power” for those “Spike Days.” There are several options available to do just that. Some use new technology while others are variations on methods already in use.

“Pumped Hydroelectric Energy Storage” is used to store power by 95 percent of the “Bank Power” systems around the world; power is essentially stored in water.

Conventional river-dam systems use water-driven turbines to provide power. Using that basic technology is what “Pumped Hydroelectric Energy” is all about, but with a twist. The concept is to act like a river-dam for “Spiked” needs without requiring a river.

Such systems have some basic requirements: a hilly or mountainous region; a natural or man-made lake situated up the mountain; a small stream to feed the lake to compensate for evaporation and a holding pond located down the mountain.

During periods of “Spiked” power needs, the upper lake is made to act as though it was a river-dam, releasing water through turbines to produce power. The difference, water ends up in the lower pond and is reused. During low power demand, the water is pumped from the lower pond back into the upper lake, where it then becomes a “Power Bank.” The whole process can be repeated as demand warrants.

There are 40 facilities of this type operating in the United States, providing nearly 2 percent of the electric power grid capacity. The one in Bath County, Virginia, is the largest battery of its type in the world, generating 3,000-megawatts and powering 750,000 homes.

“Flywheel Energy Storage” is another method to store power. It works much like a toy Top. When the string is pulled, kinetic energy is imparted to the Top, and it rotates.

Flywheels are like a Top, but are spun-up using the power grid, converting electrical power to kinetic energy. Second-generation systems use carbon-fiber-metal composites enclosed in a vacuum to reduce air friction and suspended in a magnetic field to reduce mechanical friction. Flywheels can weigh up to 12,000 pounds and spin at speeds up to 50,000 rpm.

When power is needed, an electric generator (in your car, it’s called an alternator) is engaged with the spinning disc. The kinetic energy of the disc is converted back to electrical energy reducing the flywheel’s rotational speed. When excess power is available from the grid, the disc is sped up again.

“Flow Battery Storage” uses a somewhat different concept than conventional batteries, which use closed containers and produce power by direct chemical reaction. In a “Flow Battery,” the chemicals never touch. They are pumped past each other, separated by a thin membrane which just lets electrons pass. Think of the concept like a pane of glass, which only lets the energy of heat and light pass through it.

The non-flammable chemicals are contained in large reusable tanks lasting for more than 20 years even when discharged. A big advantage is a charged chemical tank can be switched with a non-charged tank for quick reaction needs.

In Washington State an 8mWh Flow Battery system using Vanadium as its chemicals can keep the lights on in 1,000 homes for eight hours. A Chinese system under construction will be 100 times larger.

“Compressed Air Storage” uses grid electrical power during lower power usage periods to compress air into either a liquid state at minus-320 degrees Fahrenheit stored in low-pressure containers or into high-pressure reservoirs, typically underground caverns. When power is needed, the air is expanded and heated by the stored heat generated during compression or by burning a small amount of natural gas. This heated air is then used to drive conventional gas expansion turbines to generate electrical power. Air becomes the stand-by power battery. A 110-mW plant built in Alabama in 1991 is still in production. Planning and construction are underway for 330-plus mW plants in the United States and Ireland.

“Molten Salt Storage” heats water, generating steam, which propels standard turbine generators. The salt is heated with parabolic mirror sun collectors to 1,050 degrees Fahrenheit and then stored for up to six hours to act as a battery for power “Spikes.” Because this approach uses conventional steam turbines, it integrates seamlessly into the electrical grid. A system in Gila Bend, Arizona, will supply 280 mWh of power for about 70,000 homes and be the largest plant of its type in the world.

“Lithium-ion Storage” is somewhat like the batteries in your cellphone or car. A system in Australia stores 129 mWh with a 1,200 mWh project under construction. A wind farm in Laurel Mountain, West Virginia, stores 32 mWh of power.

“Liquid Metal Storage” is a program under development. It uses two liquid metals, and a liquid salt separator at temperatures up to 1,300 degrees Fahrenheit depending on the metals used. Each of the liquid metals and salts are different densities and don’t mix; they simply rest on top of each other. Think of the dissimilar densities of oil and water in a drinking glass.

The battery acts like a conventional car battery except the electrolyte can dissolve both metals. Furthermore, during the charge-discharge cycle the electrolyte changes in thickness. The heat generated from those cycles are enough to keep the temperature steady, so no external heating source is necessary, just the charging source. The power cost is expected to be comparable to the Pumped Hydroelectric Energy Systems.

With global warming, innovations like these can alleviate those power grid spikes so demand does not exceed supply.