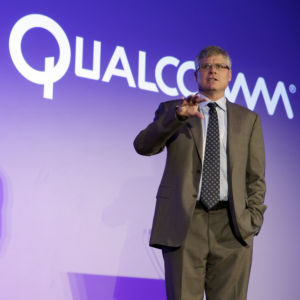 In an astonishingly short time, the United States ascended from subject colony to the most powerful, prosperous, scientifically innovative and artistically prolific nation in human history. That wasn’t the result of coincidence or mere good fortune. Rather, it’s the direct result of our tradition in leading the world in the protection of property rights, including intellectual property (IP).

More recently, IP has become an increasingly global concern, along with so many other aspects of our increasingly internationalized marketplace. One manifestation of that has been the rise of voluntary protocols for sharing of patents and other IP among international market participants. Specifically, owners of patents routinely enter into multi-company pools that facilitate licensing of what are called “standards essential patents” (SEPs), which are essentially patents that comply with applicable technology standards.

For example, the technology incorporated into smartphones must be compatible with the array of worldwide networks. If every smartphone manufacturer was forced to create unique cellular communications signals, interoperation would be impossible. Global technology standards address that challenge by providing a universally accepted code that can be employed by a broad array of devices, regardless of the particular manufacturer.

In order to make that system workable, patents for particular types of technology integral to the operation of any smartphone are deemed as SEPs for licensing purposes so that all companies across multiple nations, continents and markets can have access to the patents necessary to produce products compatible with the array of worldwide networks.

For that cooperative system to work, however, companies licensing SEPs must play by a set of ground rules affording each other protection. SEP holders are required to license their patents on fair, reasonable and non-discriminatory (FRAND) terms. That FRAND rule allows standards to be widely adopted, which in turn allows market standards to work.

Unfortunately, California-based Qualcomm’s unlawful IP abuses run contrary to these principles and their actions threatens our country’s hard earned reputation as a beacon of impartiality and strength in intellectual property enforcement.

Because owners of SEPs possess considerable power, they also possess the ability to abuse that power when they violate the letter and spirit of the FRAND rules by limiting access to their patents or charging excessive royalty or licensing fees.

Market giant Qualcomm has engaged in precisely that type of violation, repeatedly leveraging its market power and ignoring its FRAND commitments to license its SEPs fairly, though its abuses haven’t gone unnoticed.

Late last year, the highly regarded Korean Fair Trade Commission (KFTC) fined Qualcomm $854 million for “unfair business practices in patent licensing and modem chip sales.” That’s the biggest fine ever levied in South Korea, and it is just the latest in a series of antitrust rulings and investigations faced by Qualcomm from global regulators.

In January of this year, the U.S. Federal Trade Commission (FTC) filed a complaint in federal district court charging Qualcomm with “using anticompetitive tactics to maintain its monopoly in the supply of a key semiconductor device used in cell phones and other consumer products.” The FTC stated that Qualcomm’s discriminatory and restrictive licensing practices hamper its competitors and threaten innovation in mobile communications.

In a nutshell, Qualcomm is breaking its FRAND licensing commitment to which it agreed and wielding its SEPs against good-faith competitors in the exact manner that the FRAND guidelines were established to prevent. The FTC calls that the “Qualcomm Tax” on the industry that “excludes and competitors and harms competition.”

The impact of Qualcomm’s abusive licensing practices extends deep into the technology sector and that sentiment was echoed in a series of recent amicus briefs urging the Court to move the FTC case forward. Briefs from Qualcomm competitors Intel and Samsung, as well as legal analysts, and the app developer community all urged the U.S. District Court to fully evaluate Qualcomm’s anticompetitive conduct in order to protect innovation, market competition and the development of new technologies like 5G wireless and the internet of things which will suffer if competitors are unable to access SEPs.

As the world’s leading protector of IP, the U.S. cannot ignore Qualcomm’s actions, which jeopardize FRAND access to SEPs. We have a lot to lose. The total estimated value of American IP stands at approximately $5 trillion, IP accounts for over half of our exports and businesses reliant upon IP exports employ nearly 55 million workers.

It is therefore critical that the U.S. hold companies accountable to play by the same rules that every other foreign trading partner and company must adhere. If U.S. falls short on vigilant enforcement or looks the other way when a U.S. company breaks the rules, we risk losing not only our position of leadership but our capability to lead a global IP system that serves as a magnet for innovators due to its strong protections and just dispute resolution system.

As President Lincoln once stated, “The patent system added the fuel of interest to the fire of genius.” In this instance, Qualcomm’s unlawful abuses imperil the U.S. patent system, the worldwide patent system and our reputation for fairness.

The serious charges against Qualcomm brought by the FTC must be thoroughly investigated and decided on the merits by our judicial system, and all appropriate action taken. The global standing of U.S. innovation depends on it.