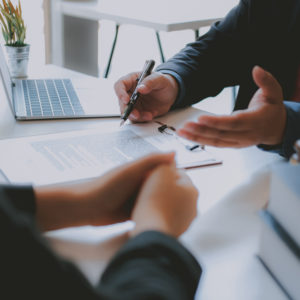 Florida is still reeling from the opioid epidemic. But as the state continues to pursue litigation against opioid manufacturers, distributors and pharmacies, questions are arising regarding the outside counsel hired to represent the state as well — in particular, how they will be paid.

The state has entered into multiple settlement agreements with pharmacies, manufacturers and distributors with attorneys’ fees exceeding $78 million. But in 2010, Florida became one of the first states to adopt a Transparency in Private Attorney Contracting law restricting outside counsel to a strict aggregate fee cap of $50 million on top of any expenses that the law firms incur. So, the question becomes — how can these fees to outside counsel be paid if that limit has already been reached?

Florida Attorney General Ashley Moody declined to comment on  the current settlements negotiated through her office with her representative saying, “The court will determine and award the reasonable amount of fees.”

However, as pointed out by former attorney general Bill McCollum, the $50 million cap applies regardless of what the court does and the intent of the law is to be strictly enforced.

But there’s an unsettling, underlying influence that should be noted — the financial connections between Moody and the law firms she’s contracted with for the state’s opioid litigation.

It turns out that three of the five firms selected and hired by Moody’s office to represent the state in the opioid litigation have contributed to her campaign coffers — the Curry Law Group, Harrison Rivard Duncan & Buzzett, and Newsom Melton. Recent contributors include Cliff Curry, who, along with his wife and law firm, contributed more than $15,000 to Moody’s campaigns since 2017, according to state campaign records. Adrien and Nicole Rivard of Harrison Rivard Duncan & Buzzett have contributed $9,000 to Moody during the same period while it’s reported that the Newsome Melton law firm contributed $3,000 so far in 2022 and an additional $3,000 in 2017. Given the potential financial benefits for the law firms handling this litigation, it raises questions as to whether this could be a quid pro quo situation.

The increasing influence of the trial bar and its money within Florida’s political scene on both sides of the aisle has been documented and reported. However, the financial connections between Moody and the law firms she’s contracted with merit scrutiny. It should also be noted that Moody’s predecessor, Pam Bondi, initially pursued the opioid litigation on behalf of the state, and accepted campaign contributions from various firms hired by the state.

The real issue here is that when these settlement fees pad the pockets of law firms, it means less money goes to the public and to the victims. When former attorney general Bondi initially filed her lawsuit against opioid manufacturers and distributors in 2018, she stated, “I will not tolerate anyone profiting from the pain and suffering of Floridians.”

If the intentions of the initial litigation are true, then the attorney general’s office should do everything in its power to ensure that they adhere to the $50 million cap outlined in the state’s transparency law.

Our civil justice system exists to resolve disputes — not to perform the functions of legislators and regulators. Broader public policy challenges should be addressed by those entrusted with such responsibilities such as lawmakers and public health officials as they are accountable to us all in their duties to serve the public. Under no circumstances, however, should this type of litigation be allowed to line the pockets of private-sector lawyers with fees that exceed what is allowed by law.