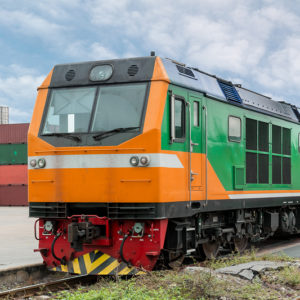 Rail Industry Says Automation Will Create More Jobs, But Congress Isn’t So Sure

The feds worry automation will kill jobs in the freight industry — from trucking to rail to air freight. But the rail industry thinks automation could create jobs, not kill them, and they believe the current regulatory approach to rail hampers the industry’s attempts to innovate and grow.

At a Rail and Tech event hosted by the Association of American Railroads (AAR) on Capitol Hill in early May, movers and shakers from across the industry gathered to discuss rail innovation and urge a different policy approach.

The rail industry wants to automate — like the trucking industry is doing — but more than 10 states and the U.S. House want to pass bills mandating two-person crews for every train, fearing automation will kill rail jobs. On May 9, U.S. Rep. Dan Lipinski (D-Ill.), chair of the House Transportation Committee’s Subcommittee on Railroads, signed on to Rep. Don Young’s (R-Ala.) two-crew member mandate bill, the Safe Freight Act of 2019.

“I’ve been in meetings where companies have said, if you do not [change this] we will go to other countries,” said James Ray, a former senior adviser at the U.S. Department of Transportation (DOT), during a panel discussion at the May 7 event.

Robert Atkinson, president of the Information Technology and Innovation Foundation (ITIF), said that historically, technological advances destroy some jobs and create new ones, pushing back on lawmakers’ concerns. Automation will lead to lower prices, cheaper logistics, and higher productivity.

“We have to get over this thing that we’re going to automate freight rail,” he said during the panel discussion.

Now is the time to invest in automation technology, he added, because infrastructure is about to become a lot more expensive. The 2017 GOP Tax Cuts and Jobs Act (TCJA) offered businesses a low, five-year capital expenditure rate, but when that phases out, costs will rise again (even though most companies invested in stock buybacks rather than capital expenditures in the first year of the TCJA).

During the panel discussion, some industry members pointed out that rail produces few carbon emissions than semi-trucks and airplanes. Trains also cause fewer deaths and experience fewer accidents than trucking. Statistically speaking, train accidents are on the decline, and there are almost four times as many truck accidents as train accidents per year.

Because rail is a greener and safer mode of freight, it’s baffling to the industry that a safety- and climate-conscious Congress isn’t doing more to encourage industry growth.

But industry unions fear for their members’ job security and safety. Even though railroads in several states with shorter rail routes often only staff one crew member per train, the unions at large believe this practice is extremely unsafe.

In a list of talking points from Railroad Workers United, the union argues, “The issue is one of public and workplace safety and is obviously a matter of concern for the general public, one well within the sphere of government intervention. The rail carriers have historically resisted the implementation of new, safe technology and safer practices. The air brake and automatic couplers were mandated by the Safety Appliance Act of 1893, which is credited with saving countless lives. In more recent times, the Rail Safety Improvement Act of 2008 mandated both Positive Train Control (PTC) implementation as well as an updated hours-of-service component to mitigate fatigue. Without such legislation and regulation, it is unlikely that these and a host of other safety devices and safe practices would have been achieved through the collective bargaining process.”

But a spokesperson with the AAR told InsideSources that the two-crew member mandate not only stunts industry growth but could also devastate smaller railroads.

“If [those bills pass] you could put them out of business,” the spokesperson said. “They can’t go from one to two tomorrow. It’s not like the industry would move to, it’s not like they’d be limited overnight, the industry’s point is that into the future, it seems realistic that the railroad industry could operate with one person — almost all Amtrak trains have one person — and we think it’s important from a competitive standpoint if trucks are barreling towards automated vehicles.”

“There are specific people in the industry — engineers — whose job is dedicated towards maintaining and upgrading and implementing PTC,” the spokesperson said. “That didn’t exist until PTC was in the ground.”

The spokesperson also used other examples of tech innovation in the rail industry eliminating some jobs and replacing them with new ones.

“We typically used drones for hard-to-reach places that can be dangerous too, like bridges,” the spokesperson said. (Previously, human workers risked their safety to check on rail bridges.) “We have drone operators whose job is to operate drones throughout the rail network and take quality pictures and mass data and spit it back to their companies’ data centers, etc., and are analyzing that data every day. The person on the end of that, that [data analytics] job didn’t exist before. We are aware that jobs will change, but jobs in any industry will change, but it doesn’t mean lawmakers should bar change from occurring.”

“If the industry is serious about going from two to one [crew members, there will be workplace implications,” the spokesperson said. “The industry will certainly reallocate in the event of crew members being changed from two to one. There’s a very reasonable and rational expectation that those jobs would be reallocated to other parts of the network. In Indiana, they use a roving conductor (a full-time position), and that person is located strategically alongside their infrastructure, and they are always within a call of helping an engineer in helping if anything goes wrong.”

But as the unions point out, long-distance Amtrak trains always have two engineers, and freight trains’ routes are usually long-distance. Due to the unpredictable schedules of freight trains, they argue, it’s safer to employ two crew members per train as opposed to one.

“Because of the unscheduled nature of freight service, the myriad on-duty and off-duty times, the long hours, the night work, the lack of regularly assigned days off, and the absence of anyone else anywhere on the train to assist, the freight industry conception of single employee crews has nothing in common with currently existing single engineer passenger service operations,” RWU said.

But railroads are playing the long game. Profits are up as the shipping and logistics industries boom, but railroads think they can compete more effectively and create more jobs if they’re allowed to test and implement new tech.

At this point, the rail industry doesn’t necessarily want deregulation, it just wants a different regulatory approach, one that’s performance-based, not prescriptive, so that railroads can innovate and grow to compete with the trucking industry.

“The only question is do we have the political willpower,” Atkinson said at the May 7 event. “The technology is all here.”