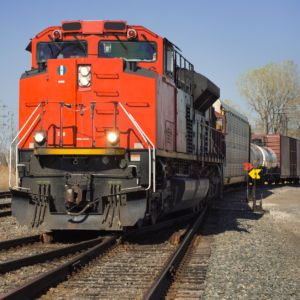 Long before there was Big Tech or Big Pharma there was Big Rail — and with it a series of regulations intended to tame the once-dominant industry.

More than 100 years later, rail advocates argue, the remnants of that regulatory legacy is endangering the ability of the industry to access the capital it needs to keep the industry growing and America’s economy moving.

Three railroads want a federal agency tasked with economic oversight of their companies to consider financial health in the broad context of the S&P 500 rather than based on individual company balance sheets.

Norfolk Southern, CN and Union Pacific filed a joint petition to the Surface Transportation Board asking that the revenue adequacy calculation used by regulators be seen as a floor instead of a ceiling, as the independent agency has proposed.

The petition does not hold back the railroads’ animosity toward the proposal.

“The Board currently attempts to fulfill this statutory responsibility with flawed and incomplete data, using tools designed three decades ago” the petition states. “It relies on accounting measures of return on investment, rather than the current economic value of those investment assets.

“The agency then removes billions of dollars of accumulated deferred taxes from that investment base, adding yet another distortion made evident in 2017 when corporate tax rates changed.”

Revenue adequacy has been in place for more than 40 years as a measure of whether railroads have adequate reserve with which to operate and maintain their networks. The Surface Transportation Board, which is an independent agency, considers a railroad as having adequate revenue when its rate of return on net investment equals or exceeds the industry’s cost of capital.

While not taking a position on the joint petition filed by the railroads, the Association of American Railroads notes on its website that there is a better approach to assessing their members’ financial performance.

“The [Surface Transportation Board] is now considering turning revenue adequacy into a finding that a railroad is earning excessive revenue and then using that as a rate regulation tool for individual rail customers,” the association noted in a factsheet. “This would mean that if the railroad is revenue adequate and a rail customer challenges a railroad’s rate as too high, the [Board] could potentially cap the railroad’s rate, regardless of actual market conditions.”

During a two-day hearing before the Surface Transportation Board in December, the American Chemistry Council — which represents companies that use rail to ship products — said the new method proposed would “improve access to the rate relief process and substantially reduce burdens on shippers, railroads and the Board.”

Railroads have been heavily regulated since the 1870s with the federal government subsidizing transcontinental railroads through submarket rate loans, land grants, and other financial benefits.

The Interstate Commerce Commission, created in 1887, was the first national regulatory body over an industry. It was the predecessor to the Surface Transportation Board.

By the 1970s, Congress started looking at deregulating railroads, which were nearing the brink of collapse, unable to compete with trucks and other vehicles that conveyed goods on the national highways built by social programs designed to stimulate economic recovery from the Great Depression.

The Staggers Act of 1980 changed the rules to let rail carriers establish rates for service unless the commission found there was no competition for rail. Carriers and shippers could also now enter into contracts without commission review. Those, and other adjustments, opened up competition in the rail sector, something that carriers and two University of Chicago professors who specialize in economics and accounting said has been good for the industry.

Professors Kevin Murphy and Mark E. Zmijewski looked at the performance of rail carriers from 2006 to 2019 and compared that to other similar industries in the S&P 500. They said that tying the railroads’ financial performance to other is more in-line with current-day accounting practices.

“This approach provides a more reliable assessment of the financial performance of the railroads relative to their cost of capital,” they noted in their study, which was submitted to the Surface Transportation Board to influence the decision on revenue adequacy.

U.S. freight rail carriers invest an average of $25 billion per year to maintain and modernize the 140,000 miles of rails, according to the Association of American Railroads. The average shipper can move nearly double the amount of freight today compared to 1981 for about the same cost.

“Change is due,” said John Gentzel, spokesperson for Rail Regulation Reform during a press call that featured Murphy and Zmijewski. “The current methodology used by the transportation board to assess the financial performance of the railroads by comparing in isolation the railroads accounting rates … is inadequate and does not consider the railroad’s ability to compete for capital.”

There is no statutory deadline or formal process for considering the petition filed by the three rail companies, according to an official with the Surface Transportation Board.

Next steps range from no action to announcing a Notice of Proposed Rulemaking for public comment.