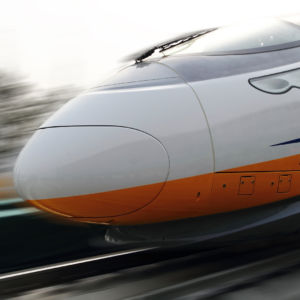 Railroads Must Continue to Innovate

On Wednesday, the Senate Commerce Committee will hold an oversight hearing to assess the rail industry’s progress in implementing Positive Train Control (PTC), a potentially life-saving anti-crash technology mandated by the Rail Safety Improvement Act of 2008.

The Alliance for Innovation and Infrastructure recently released an updated rail safety report analyzing progress made in the industry. In its earlier 2015 report, Aii.org was critical of the industry for delays in implementing PTC, as well as the industry’s perceived slowness to deploy new technology to monitor track and equipment conditions.

While many public passenger entities remain behind schedule in fully implementing PTC, the report also shows that freight carriers have accelerated deployment, meeting all important deadlines. Moreover the freight railroads have made significant progress in updating their networks while also implementing additional safety solutions that have helped to improve rail safety.

Yet as the analysis also notes, passenger rail must accelerate its efforts to fully implement safety protocols, and policymakers in both Congress and in agencies must do their part to support and champion future rail innovation. By embracing forward-leaning innovative solutions, we can better achieve further significant reductions in incidents — a large percentage of which are attributable to infrastructure and human failures — while also improving efficiencies associated with increased demand for freight movement.

In the near term, policymakers should do their part to encourage expanded use of sensor related technologies to monitor continuously rail infrastructure and equipment while also considering deregulatory actions and inclusion of performance-based metrics. More specifically, regulators can help facilitate broader deployment of safety technologies by removing prescriptive regulatory impediments that were written years before current technologies were even envisioned. As with many industries, the very government regulations that were once promulgated to improve safety in the past are now acting as a barrier to the deployment of innovative solutions because such solutions were never contemplated in the regulations themselves.

This regulatory lag not only hinders innovation, but it acts as a significant drag on productivity, and hence, the economy itself. For example, manual track inspections are still required by railroad companies, even though a myriad of new technologies can continuously monitor track and roadbed conditions in near real-time conditions far more accurately. Technology can also identify non-visible flaws within rail segments and perform automated inspections that can identify latent issues too small or seemingly benign to draw attention from a visual inspection. Yet for some reason, inspectors still wander up and down tracks using nothing but their naked eye.

When complete, 60,000 miles of rail will operate with a system that will account for human error by effectively communicating with other trains and railroad equipment to avoid train-to-train collisions, excessive train speeds, passage through misaligned track switches, and unauthorized entry into work zones.

Railroads should consider expanding PTC deployment and evolving its use to handle more freight, but where the technology is in place, prescriptive staffing policies are unnecessary. For example, Aii.org believes its two-person manned cab recommendation can be removed where PTC is fully functional.

Attention should focus forward, finding ways to ensure both that the best available technologies are used to improve rail safety now and that flexibility remains to further improve safety in the future.