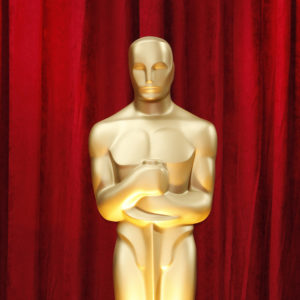 Ranked Ballots Select ‘Best Picture’; Why Not Our Presidents?

Hollywood stars are just like us … if you throw in creative talent and extra perks like agents, personal trainers, luxury limousines and tropical vacations.

But Brad Pitt, Janelle Monae and the 7,000 other Academy of Motion Picture Arts and Sciences members want their votes to count as much as we do. How Academy voters determine the Oscars has direct lessons for how we pick our national leaders.

Oscar voters rely on ranked choice voting. It’s an easy, proven system, used by the Academy since 2009 to select the Best Picture winner and since the 1930s to pick the nominees in nearly every Oscars category.

Instead of being limited to one choice, Academy voters get a backup that gives their vote a better chance to count. For Best Picture, they gain the power to rank the nominated movies in order of choice; first, second, third and so on. Having opinions and being able to count to 10 are all the tools they need.

All first choices are counted. If a movie receives more than half of the first choices, it wins, just like any other election. But that’s unlikely in such a crowded field. So the film with the fewest votes is eliminated, and voters who picked that movie as “number 1” will have their votes count for their next choice. This process continues until a movie wins with more than half of the votes.

Open the envelope and cue the applause; the Oscar for Best Picture goes to a movie favored as a first choice by many, but also with enough broad support to defeat the strongest challenger in a head-to-head “instant runoff.”

Hollywood is not alone in using ranked choice voting. The state of Maine used it in November to elect its federal representatives, and an additional 22 cities and counties are slated to use it in their local elections.

It’s time to bring ranked choice voting to the election of our most powerful elected office: the presidency. Just like the crowded field of viable films, the ever-expanding contest for presidential nominations begs for a better voting system. In 2016, 12 Republicans split the Iowa caucus vote such that no one earned more than 27 percent of the vote. Democrats may face an even bigger field in 2020.

Ranked choice voting for the Iowa caucuses and New Hampshire primary, as proposed by FairVote and Equal Citizens, offers a proven solution. It avoids wasted votes, frees voters to support their real preferences and reveals which candidate has majority support. And let’s not stop there: States should also enact ranked choice voting in the general election so that its electoral votes go to the candidate who has earned majority support without being affected by “spoilers” splitting the vote.

Giving voters more voice and more power to hold their leaders accountable will make our democracy worthy of its own gold trophy.

Rob Richie is executive director of FairVote.org, a nonpartisan organization in Maryland.