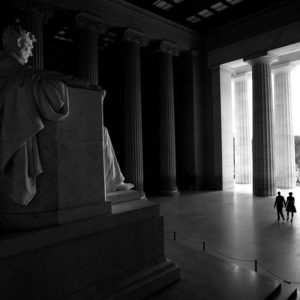 Rattled by the Ghosts of Presidents Past

The ghosts of presidents past are haunting me.

I look at Hillary Clinton and she morphs into Jimmy Carter: all facts and figures and no direction.

I look at Donald Trump and he morphs into George W. Bush: all intention without knowing how things work.

Carter was earnest to a fault. He loved to bore into the details even when he should have been thinking about big, directional issues. Former Energy Secretary James Schlesinger told me how Carter had gotten lost in the intricate scientific issues of catalytic converters at a White House meeting. Knowing how many great issues were awaiting Carter’s attention, Schlesinger was appalled.

Bush’s weakness was what could easily become Trump’s weakness: Bush simply didn’t know enough about, well, anything. He was not a stupid man; actually, he was very quick. But he did not come to the office with a well-stocked mind. That left him vulnerable to all kinds of agenda-driven experts, especially his vice president, Dick Cheney.

Bush simply had never been curious. Cheney, with a lot of knowledge and a hard edge, took foreign policy upon himself. Bush did not wrest it from him until it was too late.

Carter’s passion for detail worked well in forming the Camp David Accords, but was disastrous in leading the country forward. As the result of a dinner party conversation with the journalist Rod MacLeish, Carter became fascinated with France’s constitution, known as the Constitution of the Fifth Republic. It combines presidential and parliamentary concepts.

MacLeish told me that the interest persisted until the very day of the announcement of the Camp David Accords, when Carter called him with more questions, ahead of CIA briefing on France’s constitution. MacLeish blurted out his surprise that the president would find time for this exercise on a day so critical to his presidency. Carter allowed that as he had scheduled a briefing on the constitution from the CIA later that day, he intended to be prepared for it. “That’s how I work, Rod,” he told MacLeish, as reported to me. Wow!

I doubt that Clinton would be that detail-compulsive, but she is a policy wonk and policy wonks get lost in policy, usually forgetting the ultimate purpose. Like Carter, Clinton seems to have no idea about how all the policy bits will fit into a grand scheme for the country in the years ahead.

Two other concerns about Clinton are her penchant for secrecy and her tendency to pettiness, demonstrated in her e-mails with Sidney Blumenthal. But overshadowing those are her inability to synthesize information into a course of action: Carter redux.

A Trump presidency would appear to be hugely vulnerable to having large parts of it taken over by surrogates simply because they knew more. The secretaries of state, defense and treasury could easily become fiefs, where the president was left out of major decisions.

More worrying ought to be who Trump would put into these positions. He has made much of his potential Supreme Court nominees, but has given nary a hint about who would staff his administration.

The job hopefuls are all over Washington, burnishing their resumes and hoping that they will get on the short lists. The fear is that the very obvious players who surround Trump will make the decisions, led by ideologue Steve Bannon, assisted by those whose stars have dimmed: Newt Gingrich, Rudy Giuliani and Chris Christie.

Trump, like Bush, appears to lack curiosity and without curiosity, there cannot be a well-stocked mind. Nothing, but nothing, we have heard from Trump suggests wide knowledge or a thirst for it.

By contrast, Clinton clearly has a mind jammed with facts. But do they line up as a way forward or are they like Carter’s catalytic converter, a distraction? Is it to be a blind date with Trump or a reprise of a kind of factual gridlock, which we saw in Clinton’s failed healthcare plan?

The ghosts rattle me.