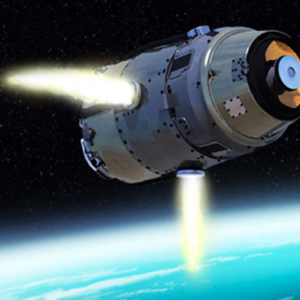 A long time ago, in a galaxy far, far away.

In May 1977, those words opened the famous “Star Wars” movie.  In 1977, there were only a few nations that had a credible intercontinental ballistic missile threat.  There was the United States and our NATO allies Great Britain and France.  And there was the Soviet Union.

President Reagan began what he called “The Strategic Defense Initiative,” or as it popularly became known as “Star Wars.”

The United States and the West defeated the Soviet Union.  Although Russia was considered less of a threat for nuclear war than the old Soviet Union, wise voices called for the continuation of a strong missile defense.

While some progress continued on missile defense, at least during Republican administrations, missile technology proliferated.

Of all those nations, Iran is certainly the most alarming, if not the most unhinged.  After all, any nation state whose motto is “Death to America” should be taken seriously. That serious concern, should move to a red alert emergency, when they are developing both nuclear weapons and the capabilities to deliver those weapons.

Unfortunately, it seems some in the Defense Department still hold to the policy of Make America Defenseless Again.

The bureaucrats at the Pentagon want to start the process all over. And there is the problem. Actually, it is a multitude of problems. First, they want to skip all the way from a first-generation interceptor to a fourth-generation interceptor. That’s great, except there is something known as a learning curve. The Pentagon should have learned that when you throw too much at a project, without the appropriate learning curve, you end up with a disaster. Just look at the Ford-class carrier.  The Navy tried to put too much into it too soon. It left the Navy with a carrier that cannot deploy and will not be able to deploy for years. The same is true with the Zumwalt-class destroyers, which were supposed to be a huge leap in technology.

The other problem is the years it will take to get the new system in place.

This leaves America vulnerable to rogue nations who want to take a shot at the United States. In the era of rogue nations, like Iran and North Korea, we cannot take any chance. In the old west, there was a saying. “God made all men.  The Colt revolver made them all equal.”

The same can be said today. Nuclear weapons and the ability to deliver them puts these rogue nations on the same level as a superpower and allows them to deliver a weapon that could cause millions of deaths.

The only advantage the United States has is that we have the ability to defend ourselves. It is absolute insanity to leave this nation defenseless in the face of nations that have said their goal is to see our destruction.

The United States must continue with missile defense and President Trump needs to overrule the Pentagon and tell them to continue building America’s defenses.