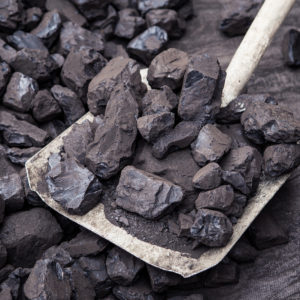 Real Needs Are Being Ignored in the Pursuit of Green Fantasies

Despite President Trump’s efforts to shore up its fortunes, the future of coal mining and electric power generation in the United States remains tenuous at best.

This is unfortunate because coal is abundant — America possesses a 200- to 400-year supply of coal — more reliable and less expensive than every other source of electric power except natural gas. Competition with natural gas plants is the primary reason some coal-fired power plants have recently closed or are slated for early retirements.

On cost alone, if one is concerned about price volatility, coal beats natural gas in many instances as a long-term fuel source. Unlike other energy sources, the price of coal is less prone to rise or fall in response to weather or surging demand from alternative uses.

As detailed in a recent report from The Heartland Institute, former President Barack Obama did his best to bankrupt the coal industry by foisting a variety of laws and onerous regulations upon the industry. At the same time, the Obama administration provided more than ample federal support to the renewable energy industry. During Obama’s tenure, the federal government massively expanded the amount of subsidies wind and solar power plants received. Combined with competition from natural gas, these regulations and subsidies caused the premature closure of more than 250 coal-fired power plants nationwide.

Electric power providers must plan infrastructure projects years in advance, including decisions regarding which power sources they will need to replace based on the whims of legislators and regulators.

As a result of the Mercury and Air Toxics rule (later decreed by the Supreme Court to be illegal), dozens of power plants had already been shuttered. The same is true of the power industry’s response to Obama’s Clean Power Plan, which restricted carbon-dioxide emissions from new and existing power plants.

Notwithstanding these events, the Supreme Court put an unprecedented hold on the rule. Trump subsequently rescinded this order, but many power plants were closed before he took office. Dozens more have been slated for closure, closures that are moving forward even though the Environmental Protection Agency has yet to change its ruling that carbon dioxide is a pollutant in need of regulation.

For example, in 2017 the owners of the 2,250-megawatt coal-fired Navajo Generating Station in Arizona announced plans to close the plant in 2019, 25 years ahead of schedule. The closing is proceeding even though a study by Quanta Technology concluded shuttering the plant could endanger the power grid throughout the Southwest.

Federal and possibly state action is required to give coal-fired power plant operators some degree of confidence they will be allowed to compete fairly in the marketplace and thus should keep vital power plants open.

First, EPA should withdraw its endangerment finding that carbon dioxide is a pollutant. Carbon dioxide is a naturally occurring trace gas necessary for all life on earth, which every living creature exhales. We are nowhere near dangerous levels of atmospheric carbon dioxide, and the purported climate effects of additional carbon dioxide are too speculative to justify limiting individuals’ freedoms or imposing billions of dollars in unnecessary costs.

Ultimately, Congress must join the fray. Congress should end energy subsidies. Absent subsidies, wind and solar power would largely disappear from the marketplace. Coal, hydropower, natural gas and nuclear power would thrive, competing solely based on reliability and price, rather than government favors.

This action would also strongly encourage state legislators to repeal renewable energy mandates. Absent generous federal subsidies and tax credits, electric power users would have to pay the full costs for renewable power. The result would be a dramatic increase in the price of power. The howls of outrage over the price shock would likely cause state legislators to repeal renewable mandates in an effort to avoid voter backlash.

Perhaps the most important action Congress could take to shore up the fortunes of the coal industry, and the wider economy, would be to limit carbon-dioxide regulation. I propose a simple two-sentence law: “Carbon dioxide, a naturally occurring, beneficial trace gas, not being toxic to humans or harmful to the environment at any foreseeable levels, is not a pollutant. Accordingly, no agency or department of the U.S. government is authorized to regulate, place limits on, or tax carbon-dioxide emissions, directly or indirectly, unless and until the Congress of the United States expressly directs specific agencies or departments to impose such regulations and taxes.”

These steps would go a long way toward ensuring consumers have reliable, relatively inexpensive electric power — something necessary for a comfortable home, and critical to the ability of businesses to compete in the global marketplace.