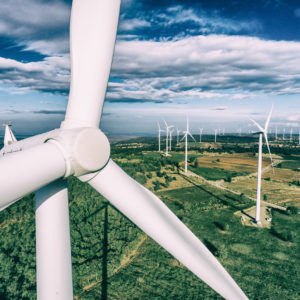 Last year, wind energy officially emerged as the nation’s top source of renewable energy for the first time. That is probably not that surprising for anyone in the energy sector, but it may be surprising to others that conservative policymakers have been a driving force in wind’s growth.

Recent polling shows a strong majority of conservative voters support the development of wind energy. The fact is, conservative principles and values naturally align with the benefits of wind energy, so there are several reasons it should be particularly appealing to voters and lawmakers alike.

First, it is about job creation. According to the American Wind Energy Association, this sector now supports more than 100,000 jobs in all 50 states, and the industry added jobs at a rate nine times faster than the overall economy in 2016. Job creation is associated with every phase of wind development, including project planning, siting, construction, manufacturing and operations. Most of these are good-paying, long-term careers that offer families reliable employment across the country.

Another reason for the appeal is that wind energy is particularly important to rural communities where many conservative voters live. In fact, more than 99 percent of wind power capacity is in rural areas, and 71 percent is in low-income counties. Wind energy projects increase local spending, which strengthens those local economies. They also greatly expand local tax bases, which means they contribute to community development by increasing revenue to better fund local schools, parks, emergency services, roads and so on.

From a political perspective, one more reason conservatives love wind energy is that the states most suitable for it are traditionally “Red States.”  In fact, look to the top three states for wind capacity — Texas (23,262 megawatts), Oklahoma (7,495 megawatts) and Iowa (7,312 megawatts). In addition to Iowa, wind energy now accounts for more than 30 percent of electricity generation in Kansas, Oklahoma and South Dakota.

The final reason conservatives should love wind energy — and other energy innovations — is because it strengthens our national security. Wind energy has become an essential part of the nation’s all-of-the-above energy portfolio, accounting for 6.3 percent of the nation’s electricity generation in 2017. If our country wants to remain energy independent, diversifying our supply is the only way to guarantee a future with access to affordable, reliable energy that is not affected by geopolitics.

Aug. 5-11 was American Wind Week, an event aimed at raising awareness about the success of wind energy and promoting favorable policies with lawmakers in Washington and in state capitals. Wind energy’s success signals an important juncture in American clean energy history as the industry and other clean energy industries are finally maturing, acquiring more market share and generating profits. Conservatives need to help keep up the momentum to benefit our priorities as well as our nation.