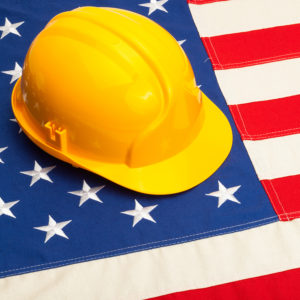 Rebuild America’s Infrastructure and Industrial Base

If ever there was a question about the need to improve America’s infrastructure, it has certainly been dispelled, as the cost to the United States due to lost productivity continues to climb.

A study by the American Society of Civil Engineers estimates that by 2025 the cost will reach $3.9 trillion in lost GDP and 2.5 million in lost jobs.  On top of those costs, American families will lose upward of $3,400 in disposable income each year.

When searching for the roots of our predicament, we often overlook our country’s myopic neglect of our failing infrastructure — unsafe highways and structurally deficient bridges, obsolete port facilities, outdated freight rail, electrical grids, and wastewater systems.

Given the public’s desire for change, President-elect Biden has a golden opportunity to push for major improvements in the nation’s infrastructure. Though Republicans and Democrats in Congress are deeply divided on many issues, there is a growing consensus on the need to rebuild America.

But rebuilding and modernizing our infrastructure will require an immense amount of material and the industrial base to provide and use it — an industrial base that has withered after decades of offshoring. Infrastructure reinvestment holds the keys to not only rebuilding and modernizing our roads and bridges but if it prioritizes using goods and materials made in America by American workers it can also spark an industrial renaissance.

Consider steel and the essential materials needed to produce it. Nearly every industry including energy, construction, transportation and equipment manufacturing requires steel — a material dependent on metallurgical coal and iron ore for its production.

It largely comes from Appalachia’s mines — a region in need of good news — where the high-quality metallurgical coal, the quality used to manufacture 70 percent of the world’s steel, is produced.

While the coal industry has taken its lumps, the prospects for metallurgical coal, called “met” for short, are encouraging. Unlike thermal coal used to generate electricity, new met mines are opening with U.S. coal exports reaching more than 70 nations. U.S. infrastructure stimulus and global infrastructure reinvestment could offer a tremendous economic opportunity for coal communities that need it.

Steel will be the foundation of our infrastructure push and the world’s. A growing global middle class and accelerating urbanization are relentlessly pushing steel demand forward.

As Bill Gates has observed, “The world’s building stock will double in area by 2060. That’s like adding another New York City every month for 40 years.” This urbanization means steel demand is likely to be 1.5 times higher by 2050 than it is today.

The need to rebuild America is unmistakable.

The need to reinvest in our industrial base is equally pressing. As the world re-engineers and meets the demands of clean energy and the onward march of urbanization driven by a global population expected to reach 10 billion by 2050, smart U.S. industrial policy will prioritize rebuilding American industry from mines to assembly lines.

Encouraging production of the materials we know we’ll need from mines and factories in the United States — where they are produced with world-leading environmental and labor standards supporting good, American jobs — is common sense.

Failure to recognize the opportunity provided by encouraging a U.S. industrial rebirth would be policy malpractice. Relying on China to provide the steel and other materials needed to rebuild and refit would be a missed economic opportunity we can’t afford.

Forrest J. Remick is emeritus professor of nuclear engineering and emeritus associate vice president for research at Pennsylvania State University; he is also a retired commissioner of the U.S. Nuclear Regulatory Commission. He wrote this for InsideSources.com.