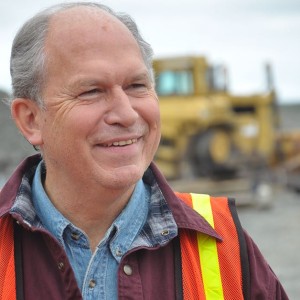 The fate of a $45 billion project that would allow Alaska to export billions of cubic feet of natural gas has been plunged into uncertainty, with the state’s first-term governor, Bill Walker, taking a series of steps that have alarmed Alaska business leaders and independent experts.

The moves by Mr. Walker – including firing key government officials overseeing the project — come after he pledged during his 2014 election campaign to support the project, which would help Alaska join the energy boom that has lifted the economic fortunes of states like North Dakota, Texas and Colorado.

The project involves the construction of a $45-65 billion megaproject including a liquefaction plant, pipeline and export terminal.  The project would allow the state, for the first time in its history, to become a global exporter of liquefied natural gas (LNG) at a time when demand for LNG is growing on the part of nations currently dependent on imports from less stable sources.

Plans for tapping Alaska’s vast North Slope natural gas reserves have been on the drawing board for decades. But the first tangible step to extract the gas began last year when the state reached an agreement with three energy companies – Exxon Mobil, BP and Conoco Phillips – to create a new entity, the Alaska LNG Project, that has begun its first phase, including an engineering study.

But in a surprise move that has prompted concern among political and business leaders, Mr. Walker took a step that could potentially set the project back and even endanger its future.  Late last week, Governor Walker fired three board members of the Alaska Gasline Development Corporation, the state entity charged with negotiating with the three energy companies for the next phases of the project.  That move followed a curious decision by the Governor to not drop a lawsuit against the state’s settlement on the Point Thomson project, which contains much of the natural gas reserves to be developed by the Alaska LNG project.  The Governor had previously promised to drop his suit, which could halt ongoing construction at Point Thomson, should he win his now-successful election.

The reaction among analysts has been puzzlement.

“Given the important progress made over the last year to utilize the state’s natural gas reserves, it is puzzling why the governor would undermine the economic prosperity of his constituents,” said Brigham McCown, the former chief federal pipeline expert. “The world is watching, and waiting for Alaska to join in the global trade of LNG much like the governor promised during his last campaign.”

In the meantime, Alaskans expressed dismay and concern.

“These moves by the Governor are deeply concerning for Alaska businesses like mine which rely on certainty to plan and prepare for our future,” said Alaska business owner Ron Hyde of PRL, a logistics company headquartered in Anchorage.  “My company depends on big contracts with the major producers in our state to hire new employees, to grow our businesses, and help the Alaskan economy. I’m hopeful that his recent moves don’t indicate a delay for the Alaska LNG project. There’s too much at stake for the state’s future to turn back now.”