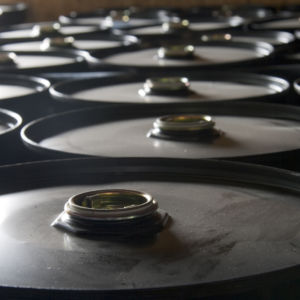 When Americans hear talk of oil imports and energy trade we cannot help but think of the Middle East. For those of a certain vintage, the Arab oil crises of the 1970s left an indelible imprint. But perception is often not reality. Our biggest energy trading partners are not members of OPEC; they are, in fact, none other than Canada and Mexico, and that is to our advantage.

North America has become an energy superpower unto itself where the energy trade is producing market efficiency, spurring investment in all three nations and improving energy security. Trade with Mexico does not just benefit Mexico’s economy, but also our own. Continuing to engage and improve energy trade relations with Mexico will not only further important energy liberalization in Mexico but also increase our own energy security as well.

The energy minister of Mexico, Pedro Joaquin Coldwell, recently announced that $70 billion of foreign investment capital has been committed to Mexico’s energy industry in 2017, with an additional $30 billion likely. The $100 billion of outside investment marks a major turnaround from four decades of Mexican law and policy that promoted a nationalized and insular energy industry. This is a chance for the United States to truly partner with both of its North American neighbors to improve energy accessibility, efficiency and security.

Recently, thanks to the shale revolution, the U.S.-Mexico energy trade relationship has undergone a dramatic change. Historically, our energy trade has been dominated by Mexico’s sale of crude oil to the United States. Today, that is no longer the case. According to the U.S. Energy Information Administration, U.S. energy exports to Mexico are now more than twice the value of imports. In 2016, the value of U.S. energy exports to Mexico was $20.2 billion. The value of U.S. energy imports from Mexico was just $8.7 billion. Energy trade with Mexico is a boon to the U.S. economy and is poised to be even more beneficial.

Now, for the first time since its 1938 nationalization, Mexican energy operations are open to foreign investment — including from the United States and Canada. Mexican oil production peaked in 2008, and has steadily declined since then due to a lack of government investment.

In 2014, Mexico began liberalizing the industry with new laws permitting foreign energy companies and private, domestic companies to invest in and participate in all aspects of Mexico’s energy industry starting in 2015. The Mexican government says this policy is already succeeding, most notably with the major foreign investments planned for this year. This influx of foreign (and private, domestic) capital is desperately needed to revive Mexico’s energy industry and improve the economy.

Mexico’s energy liberalization is also a boon for U.S. and Canadian energy companies, which now can bid on oil and gas leases in the Gulf of Mexico. Other North American companies are also preparing to build pipelines to facilitate the freer movement of oil and natural gas to and from Mexico. Technology and capital from experienced U.S. and Canadian firms will help develop new oil and gas resources in Mexico and improve existing operations there.

The liberalization of the Mexican energy industry is an opportunity for skilled labor and brainpower from all three countries. It adds jobs and wealth in U.S. and Canadian cities, as well as in Mexico itself. Further cooperation between the United States, Mexico and Canadian energy industries and mutual investment in Mexican energy development will bring economic growth for all. However, this will only happen if we recognize and value of our North American energy partners.