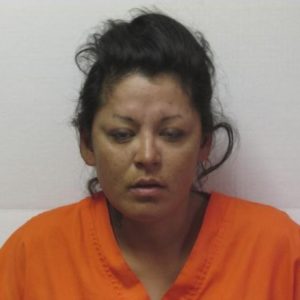 Standing Rock was one of the largest incidents of pro-environmentalism civil disobedience in recent decades. Both during and after the protest, supporters and opponents of the protesters argued over just how civil the disobedience was. Protesters stressed that they were unarmed, unlike police, who wore bullet proof vests, carried guns, and used other riot control gear. One high profile case argued against this characterization, that of Red Fawn Fallis, a Oglala Lakota woman arrested during the protests and facing three federal charges. After more than a year of protesting her innocence, late on Tuesday night, Fallis’s legal team announced that she would accept a plea bargain.

“Red Fawn has been fighting an uphill battle at every stage of this case. She is facing up to life in prison and the prospect of a trial in North Dakota where there has been extensive pre-trial publicity adverse to Water Protectors and against the no-DAPL movement,” said the Water Protector Legal Collective, which has been representing Fallis, in a statement.

“Rulings against Red Fawn at every step of proceedings have left the defense with insufficient information about the paid FBI informant who became her boyfriend and who plans to testify against her at trial,” it continued.

Under the terms of the proposed plea deal, Fallis would plead guilty to charges of Civil Disobedience and Possession and Discharge of a Firearm by a Convicted Felon. In exchange, the defense is looking for the prosecution to drop charges relating to the firing of the weapon as part of a felony crime of violence.

The case has been one of the most widely publicized of the Standing Rock protests. A guilty plea would undercut arguments that the protests were peaceful.

If convicted on all counts, Fallis faces up to 10 years in prison. Under the plea deal, she is hoping to escape federal mandatory minimum requirements and the possibility of life imprisonment. A judge will issue a decision on whether to accept the plea agreement or not on Monday. If the agreement is accepted, the trial will move to the sentencing phase.

Fallis was arrested on October 27, 2016, as law enforcement was working to push protesters back on to Army Corps land. Previously, the anti-pipeline protesters had moved off of the Army Corps land allowed by their protest permit, and on to privately held land on the other side of Backwater Bridge. North Dakota law enforcement moved to arrest Fallis, who they saw as an instigator of unrest. According to law enforcement, when officers moved to arrest her, she pulled a gun and fired several shots.

For months, Fallis and her supporters had contested the arrest, arguing that she was unfairly targeted by law enforcement because she was seen as a leader of the protests. They also claimed that the shots heard on videos of the arrest were not fired by her gun. Fallis and her legal team had spoken of a defense plan that would stress her free speech rights. In the meantime, they spent many months over the course of the last year fighting to have Fallis freed on bail.

These defense plans were undermined, however, by the discovery that Fallis’s then-boyfriend was working as an FBI informant. According to documents filed in court by defense attorneys in December 2017, Heath Harmon, a 46-year old resident of the Fort Berthold Reservation in North Dakota, began a romantic relationship with Fallis, which continued through her arrest.

Only afterwards was it discovered that Harmon was a paid informant for the FBI, who reported back to law enforcement with details of the protesters’ plans. The gun Fallis was accused of drawing belonged to Harmon.

Fallis has familial ties to the American Indian Movement in Colorado, which her mother helped to found. Her exact role in the Standing Rock protests, which were largely spontaneous and loosely organized, is less clear.