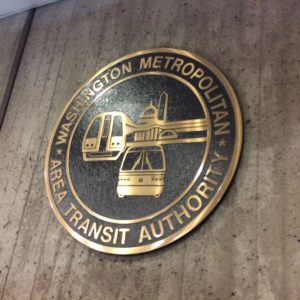 In many cities, grumbling about the weather is a safe conversation starter. In Washington, D.C., beleaguered Washington Metropolitan Area Transportation Authority (WMATA), has come to fill a similar role. No matter how bad (or good) the weather, some part of the Metro seems to manage to break down on a near daily basis. Monday provided a dramatic example of this, when a train derailed coming into the Metro Center station in downtown Washington. The accident shut down the station for several hours, with trains limited to a single track through the next day, and had some commuters calling for the WMATA board to be canned. Unfortunately, the accident hides significant improvements WMATA has made in the last few years which are helping the system’s management to move against a stagnant workplace culture that delayed much-needed repairs and accountability.

WMATA’s Chairman of the Board, Jack Evans, described the challenges in an op-ed late last year. Evans described how the system had been allowed to decay for decades, meaning that much of the system was at replacement age a decade ago. Today, the problems have only gotten worse and the clock has run out. These issues are primarily questions of funding and accountability from mid-level members of the system, rather than problems with the board structure, he said.

“To replace this board, with its broad expertise and experience, with something else would be foolhardy. Given that the two governors, the D.C. mayor and the secretary of transportation already recommended and appointed six of the eight voting members, it is unclear to me who the ‘new’ members would be. If the appointers are unhappy with the appointees, they should make new appointments,” Evans wrote.

For customers, events like Monday’s derailment look like the final straw for the struggling system. A closer look, though, shows that WMATA’s upper management is in better shape than it was before.

The changes to WMATA’s structure have already had positive effects on the system. After years of spotty reporting, the system is releasing more and more data about its finances and its services. These numbers show that trains are increasingly arriving on time. An audit of 2017 Q1 (January-March) found that rail in the system had a 69 percent on-time performance. By September, that number had climbed to 88 percent and customer satisfaction had also increased by 5 percentage points.

That doesn’t mean that the system has reached full transparency though. Performance reports for April 2017 through June 2017 are missing from the website.

However, the changes, in particular the expansion of WMATA’s board, are controversial. Proponents of the expansion say that the 16-member board (which includes an additional 8 alternates) say that the larger size ensures that all involved parties are part of discussions about WMATA’s funding and governance. Others say that the board is bloated and too large to make effective decisions.

“The issue isn’t acrimony on the board of the Washington Metropolitan Area Transit Authority. It’s whether the WMATA board has the will to implement the recommendations in the recent report by former U.S. Transportation Secretary Ray LaHood — right now it seems all they are willing to do is demand more money before any reforms are implemented,” wrote Jim LeMunyon, a Republican representative in the Virginia State House in late December.

The argument between funding and accountability has been at the center of WMATA discussions for the past several years. The Metro needs hundreds of millions of dollars to cover a backlog of maintenance. Since the system is divided across two states and the District of Columbia, finding consistent funding has proven difficult.

“This morning’s derailment underscores the urgent need for regional leaders in D.C., Maryland, and Virginia to take immediate action to ensure our Metro system is equipped with the resources it needs to be safe and reliable,” wrote the MetroNow Coalition, a group of area businesses and nonprofits pushing to strengthen the Metro system. MetroNow stresses that the system needs dedicated funding to finish necessary improvements.

However, these leaders are hesitant to reward a system that seems to be failing. As a result, Washington’s commuters have been stuck in a Catch-22 where past failures seem to prevent the system from ever getting ahead.

Largely left out of many of these arguments over dollars are questions of hiring. For years, WMATA’s hiring practices have been the center of affirmative action lawsuits and earned harsh criticism. The system has been accused of disproportionately hiring African Americans, promoting them over more qualified applicants of other races. As a result, many of the lower and mid-level staff are not as qualified as they potentially could be.

Union membership and a stagnant hiring culture have made these employees more difficult to remove. Although the figures at the top may be the names in the headlines, station-level employees are the ones ensuring that the trains stay on the tracks.

WMATA has made a good start reforming from the top down. Perhaps the next step is building from the bottom up.