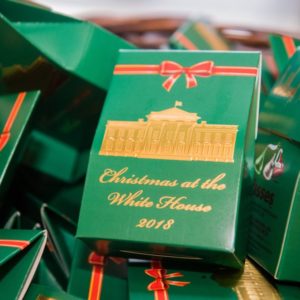 Rediscovering America: A Quiz on White House Christmases Past

For nearly 220 years, Christmas has been celebrated in the White House with presidential flair. From low key affairs in the early days of our democracy to today’s decorating extravaganzas, how the holiday was observed varied widely among the families that called 1600 Pennsylvania Avenue home.

Take the quiz below and test your knowledge of Christmas trivia at America’s most famous residence:

Which president placed the first Christmas tree in the White House, putting it in the Yellow Oval Room and decorating it with toys for his grandchildren?

Which president read Charles Dickens’ A Christmas Carol to his small army of grandchildren on Christmas Eve?

One president, a famous conservationist, supposedly banned Christmas trees from the White House because he opposed cutting down live trees for that purpose. His young son smuggled in a small tree and hid it in an upstairs closet. Who was that president?

Which president threw one of the most elaborate Christmas parties ever, a “frolic” for his grandchildren that included dancing, a banquet, and a giant indoor snowball fight utilizing specially made cotton “snowballs”?

Which president first placed electric lights on a Christmas tree?

In perhaps the worst White House holiday season ever, a fire broke out in the West Wing during a White House children’s party on Christmas Eve. Who was president during the blaze?

Which first lady began the tradition of selecting a theme for the official White House Christmas Tree?

Which president first presided over the lighting of the National Christmas Tree?

Which first couple are believed to have hosted the first-ever White House Christmas party (for their four year-old granddaughter)?