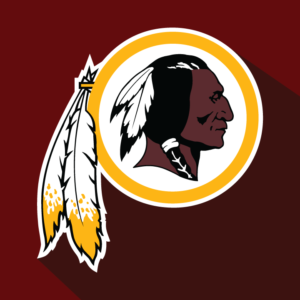 When Jordan Wright, granddaughter of the Washington Redskins founder George Preston Marshall, spoke to the Washington Post about the football team’s controversial name in 2014, her rationale for why it ought to change was actually quite provocative. She could have pointed to the numerous high-profile critics who see “redskin” as a racial slur against Native Americans. Or she could have simply referenced multiple dictionaries explicitly characterizing the term as “offensive.” Instead, she ventured far beyond the mainstream, appearing to argue that a single disgruntled individual was cause enough for action.

“If even one person tells you that name, that word you used, offends them, then that’s enough,” she said.

This gets at the central question in this debate, which won’t be resolved anytime soon: whose opinion or opinions should matter most, and what’s the threshold for moving off the status quo? Most people, perhaps the vast majority, would agree that some criticism can be stomached. It’s impossible to please everyone on any issue, after all. But what about the vocal minority of critics? And what if the status quo defenders turn out to be much greater in numbers than anyone expected, including among the very people supposedly wronged?

To give name opponents their due, it’s nowhere near one person calling for renaming. The movement for this cause has only grown in recent years, adding prominent supporters like President Barack Obama, Democratic presidential candidate Hillary Clinton, half the U.S. Senate and sportscaster Bob Costas. A national poll released last week by the Washington Post suggested a million Native Americans across the country object to the term “redskin” in general, and nine percent oppose the team’s name specifically. What’s more, opponents are already questioning the poll’s methodology.

Still, the obvious and undeniable headline out of the survey was the whopping 90 percent of Native Americans who said they weren’t offended by the name. It was a surprising and substantial victory for name supporters, which caused one vocal opponent, Brown University Professor Adrienne Keene, to utter “some choice words I can’t say on the radio,” as she told WAMU’s the Kojo Nnamdi Show on Monday.

“For me, this was a huge setback,” she said.

To the professor and, undoubtedly, many other opponents, a moral issue like removing racial slurs shouldn’t be subject to polls. Thus the survey won’t be persuasive to people like Kishan Putta, a former advisory neighborhood commissioner in Washington’s Dupont Circle area who called into the WAMU program.

His commission was the first elected body to call for a name change, followed by the D.C. Council, and he made clear he was unmoved.

“It’s the only pro team that focuses on the most pernicious and divisive characteristic — skin color,” Putta said. “A lot of teams have Native American imagery, but this is about skin color, and it makes us look bad.”

Other opponents are softening their stances this week, including a top Post editor, Robert McCartney. Yet the reaction to polling just proves why debate will continue: those seeking change believe their cause is just, regardless of what most Native Americans might think.