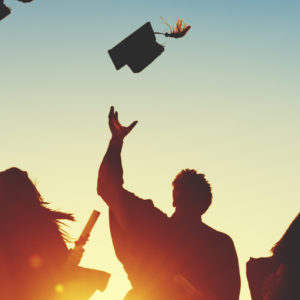 This growing debt crisis isn’t limited to only young people. As tuition and fees have grown, so too has the burden placed on parents and grandparents. In a new report issued by the Consumer Financial Protection Bureau, researchers found the number of Americans age 60 or older with student loan debt grew from 700,000 in 2005 to 2.8 million in 2015, a 300 percent increase.

Much of the rising debt can be attributed to high tuition rates, which have skyrocketed in recent years. The average combined cost of a full-time undergraduate’s tuition, fees, and room and board at a four-year college was $25,409 in 2015, 25 percent higher in inflation-adjusted dollars than it was in 2008.

The plan proposed by President Donald Trump to help students manage their growing debt burden offers many long-term benefits. Under the Trump proposal, borrowers eligible for the federal government’s Revised Pay as You Earn income-based repayment plan, which covers virtually all students with significant federal student loan debt, would be required to pay 12.5 percent of their annual income toward their federal student loans. After 15 years of making payments, students’ federal loans would be forgiven.

Under the current model, designed by Democrats and the Obama administration, student borrowers pay 10 percent of their income while in repayment, and forgiveness is granted for all federal student loans after 20 or 25 years.

Under both plans, students who work for 10 years at an IRS-approved nonprofit after graduating would continue to receive federal student loan forgiveness under the Public Service Loan Forgiveness program.

Trump’s plan would require borrowers to pay slightly more of their income toward their student loan debt, but many borrowers would end up saving thousands because their loans would either be paid back or forgiven earlier than under the current model.

The Trump proposal will likely end up costing taxpayers more money in the short run, because students with significant debt burdens, such as many lawyers and doctors, might not be able to pay back their loans prior to Trump’s 15-year threshold for loan forgiveness. The primary benefits are many students will end up saving money and will get out of debt quicker, which could help improve home ownership rates and other important economic factors in the distant future.

The most significant problem with Trump’s plan is it fails to address the primary cause of rising college costs in the first place: the government’s increased role in student lending. In an effort to help more students have access to a college education, a noble goal, the federal government has effectively pushed private lenders out of much of the market by offering all students, even those from wealthy families, access to lower-interest federal student loans that include more-favorable repayment plans.

The government has also guaranteed to students or their parents access to loans that cover the “cost of attendance” at nearly every not-for-profit college in the country, no matter how expensive a school might be, encouraging colleges to continuously raise tuition prices.

From 1963 to 1992, the average combined cost of a full-time undergraduate’s tuition, fees, and room and board at four-year colleges increased (in inflation-adjusted dollars) from $1,286 to $8,758. But since 1993, when the federal government first started significantly enhancing its role in the student lending industry under President Bill Clinton, costs have increased by 190 percent. Many students today pay $40,000 per year or more for an undergraduate degree, and thousands of students in medical and law schools pay $50,000 to $60,000 per year.

By removing basic market forces from student lending, the government has made it easy for colleges to increase costs and for students to burden themselves with massive debt.

On the campaign trail, Trump acknowledged private lenders need to play a more significant role under future models, but he’s yet to announce a proposal that would return much of the student lending market back to the private sector. Until that occurs, it’s unlikely any reforms made by the Trump administration will reduce college costs — the foundation of the current crisis.