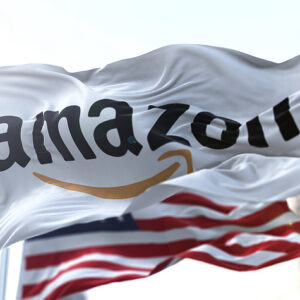 As lawmakers from both parties in D.C. seek to cut successful tech companies down to size, some have drawn inspiration from the heavy-handed policies that European countries have increasingly imposed upon their digital economy. But before seeking to import Europe’s policy to America, legislators ought to recognize the destruction the European approach has wrought to the region’s culture of innovation.

A recent Economist piece documents the stagnation of European corporations relative to the U.S. and Asia, with the dismal subtitle “the land that ambition forgot.” Author Stanley Pignal noted “20 years ago, 41 of the world’s 100 most valuable companies were in Europe. Now the figure is down to 15.” This trend holds true in the digital economy as well: Of the 20 largest tech companies, only one – German software developer SAP – is European. Perhaps most disturbingly, of the 43 major companies started from scratch in the last 50 years, only one was created in Europe.

It’s not due to a lack of talent or brainpower in the region; in fact, a number of European nations outpace the U.S. on Bloomberg’s Innovation Index. Instead, the problem lies with lower levels of investment and difficulties in achieving scale, some of which can be attributed to major differences in regulatory and competition policy between the U.S. and our friends across the Atlantic.

For example, one facet of the lighter-touch approach the U.S. takes is the liability shield offered to internet platforms that host third-party content. A Copia Institute study authored by Techdirt’s Mike Masnick shows the sharp divide that opened up in web platform venture capital investment between the U.S. and E.U. once Section 230 of the Communications Decency Act was passed into law.

The cost of this kind of litigation is a mortal danger for startups in particular. Given the choice to invest under the liability protections of Section 230 or under the E.U.’s weaker protections under the E-Commerce Directive, it’s no surprise that venture capital has flowed more freely to new online platforms in the U.S.

Similarly, the “consumer welfare standard” that has guided U.S. antitrust enforcement for nearly half a century has helped provide the burgeoning tech industry with the competitive space it needed to grow with astonishing speed. The far more precautionary approach toward competition policy exercised by the E.U. does not clearly distinguish between market success through innovation and consumer demand and that caused by genuinely anti-consumer behavior.

Far from seeing Europe as a cautionary tale, however, some lawmakers on both sides of the aisle here in the U.S. seem hell-bent on mimicking the E.U.’s failed approach to the digital economy. For example, countless proposals have been introduced to weaken or even revoke Section 230, threatening the competitive advantage the U.S. has fostered for our online platforms. Overly broad interoperability mandates that would force companies to allow competitors access to their data interfaces could kill the incumbent platforms’ own incentives to innovate. Similar policies in the UK and EU have not produced the desired increase in competition and applied here they could discourage innovation, imperil users’ data privacy and security, and impose severe compliance costs.

Similarly, antitrust enforcement against Big Tech is all the rage these days. A crop of recently-introduced antitrust bills spearheaded by House Antitrust Subcommittee Chairman David Cicilline (D-RI) would invite creative stagnation in online platforms by setting arbitrary size limits beyond which a company like Google, Facebook, or Amazon would be subject to crushing punishments for engaging in a range of common business practices. The proposals also include an effective ban on all mergers and acquisitions by the tech giants, which would dampen new tech investment by removing a major source of returns on investment for venture capital.

Instead of copying the failed European approach, the U.S. ought to continue to lead with policies designed to foster permissionless innovation and focused on consumer welfare. If our lawmakers insist on continuing their crusade against American companies, we may see the next wave of leadership in Big Tech arise not from Silicon Valley but from Beijing.

Josh Withrow is the Director of Technology Policy with the National Taxpayers Union Foundation, a nonprofit dedicated to tax policy research and education at all levels of government. He wrote this for InsideSources.com.