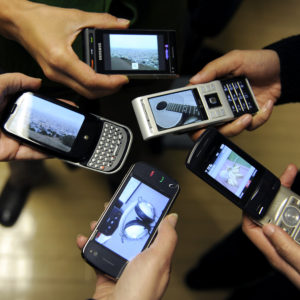 Regulation Would Take Mobile Devices Back to the Dark Ages

Posted to Technology May 05, 2021 by Alden Abbott and Andrew Mercado

Think back to the days when pre-installed applications and “mobile compatible” websites were the only options, and everyone will likely agree the mobile device experience has improved over the past decade. For news and banking sites like The New York Times or Wells Fargo, the app experience may even be superior using a web browser. For ride-sharing and social media sites like Uber or Instagram, the app is realistically the only option.

Apple and Google have spent considerable resources to improve mobile devices and bring increased privacy and security to the device that most of us have attached at the hip. Government regulation, however, is waiting in the wings and has the potential to undo such improvements.

In a recent Senate Judiciary Committee hearing, various senators expressed concern over the fees charged by Apple and Google to certain developers for participation in the platforms’ app stores. Some advocate regulating app stores to rein in alleged “monopoly power.”

Such regulation would be a recipe for disaster. Not only is it ill-suited to solve platform disputes, but it may also end up destroying the very competition that regulators seek to save.

Critics claim the “unnecessarily” high fees that Apple and Google charge (up to 30 percent for certain app developers) are made possible because of the illegal monopolization of their respective app stores. They claim the forced use of Apple and Google’s payment and distribution systems further cements app store monopolies and suppresses competition.

Where critics go wrong is in the separation of a platform’s app store from its operating system and the assumption that lower fees would enhance competition. Apple’s App Store and Google’s Play Store represent a curated marketplace of software that has been verified by Apple and Google. Not only are these marketplaces trusted by millions of consumers, but they are inseparable from the mobile computing experience.

Specific regulatory language has not yet been discussed, but it’s reasonable to expect proposals within the coming months designed to limit the fees charged to app developers. At the very least, this will diminish Apple and Google’s ability to curate and innovate the user experience. At the very worst, this will reduce the competitiveness of independent app creators.

Under regulation, large app companies are the only winners. They will be able to pay lower fees to Apple and Google and achieve higher profits. For everyone else—consumers, independent app creators, and the platforms themselves—regulation will cause harm.

Regulation will cause platform revenue to shrink significantly, reducing the resources available for verification and innovation. Reduced revenue may cause the platforms to slow the verification process for smaller developers and halt the process completely if projected revenue is not enough to cover the cost of validation.

The resulting slowdown in app review and outright rejection of more proposed apps will halt app store access for many independent app creators, causing some to drop out of the market. If fees are lowered and platforms are unable to service these would-be creators, then competition will dramatically decrease across the app store.

This decrease in competition will harm consumers the most. With a reduction in the number of applications on the app stores, larger companies with established applications will face reduced competitive pressure. In the end, the large app companies accusing Apple and Google of monopolization will themselves be perfectly positioned to play monopolists.

Regulation will not fix the perceived lack of competition in Apple and Google’s app stores. It will make the problem worse. Lowering the fees that Apple and Google can charge will reduce innovation, undermining app verification standards and shrinking the product offerings available on app stores. Regulation will not only harm consumers, but it will eliminate opportunities for scores of independent app creators that are unable to garner trust and distribute their software themselves.

In sum, Congress would be wise to consider the unintended consequences of app store regulation and not rush to prescribe a cure where there is no disease.