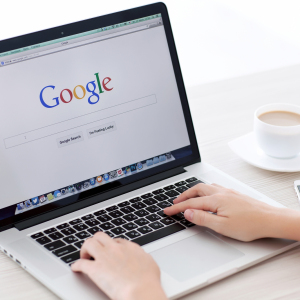 “Regulatory Buffering” and the Speed of Innovation

As 2014 comes to a close, a major decision by the FCC looms ahead–whether to impose a regulatory mandate for net neutrality under its common carrier legal authority. If enacted in this way, the agency will assume an ongoing role to ensure generally that no Internet service provider allows any service to be faster than another.

Through regulatory enforcement based on a yet-to-be-developed complaint process, the FCC may reduce buffering, which is caused by a service delaying transmission through phased sequential delivery of various data batches. Since there are different buffering methods, this can result in some services being slower than others, particularly when large video files are being sent. This may run counter to the desires of some net neutrality advocates, who argue that there should not be any market incentives or penalties that enable data transported via the Internet to be sent at less than a uniform speed.

But in a parallel universe, Internet companies recognize the commercial value of minimizing buffering—less delay means more consumer satisfaction and higher revenues. They are moving methodically to develop their own strategies to move data faster, with less latency. For example, Google Chrome, one of the leading Web browsers, already is using a protocol known as QUIC that allows missing bits of data in a digital packet to be discarded so that the rest of the transmission can continue rather than be delayed by buffering.

Video sites such as Dailymotion in France, and reportedly Netflix in the US, are exploring how to speed up copyright-protected Internet content delivery by utilizing peer-to-peer networks rather than centralized servers. Still other methods are being explored, such as multicasting live video streams, which can reduce annoying delays when just a single stream is used.

These examples illustrate the dynamic speed of innovation that operates outside the world of regulation. Innovation requires an extended time frame and enormous investments in order to devise new workable technological solutions to make Internet transmissions load more smoothly for quicker delivery to users. The need for these solutions is bound to increase dramatically, too, as data required for video transmission is forecast to consume 80-90 percent of global Internet traffic within the next 3-4 years.

But given an FCC scenario that seems more likely to be enacted, we may find that new net neutrality rules create something I call “regulatory buffering.” This means that with a requirement that all Internet data move at the same speed on a broadband network, there also may be a slowing down of innovation aimed at speeding up the Net. After all, why would companies continue to push the technology envelope if the FCC ratchets up its regulatory scrutiny of differential transmissions as presumed discriminatory practices? And if companies are restricted in commercializing these efforts, what financial incentive will they have to continue investing in this important area of innovation?

Ironically, the FCC’s approval of a new net neutrality enforcement regime, based on the stringency of Title II of the Communications Act of 1934, may help freeze the Internet as it exists today rather than let it evolve in response to consumer demand for faster and higher quality services. If this comes to pass, the law of unintended consequences may become the law that everyone winds up talking about.