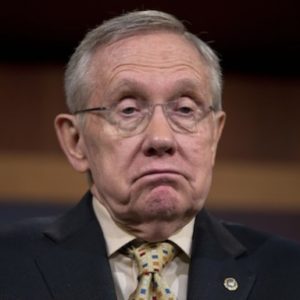 Retiring Senate Minority Leader Harry Reid offered advice to his Republican colleagues in an op-ed published by the New York Times on Thursday. In his letter, Reid lectured Republicans on the difference between campaigning and governing, pointing to Hillary Clinton’s popular vote victory as a sign that Republicans should “beware of knee-jerk opposition to the accomplishments of the Obama era.” Primarily, to Reid, this means Obamacare, the landmark legislation that has been the subject of political controversy since it was introduced six years ago. While Reid lectured incoming Republicans to avoid “a dramatic misreading of your mandate,” the text of piece shows an alternate misreading of the circumstances.

He compared the repeal proposal to President George Bush’s failed attempt to privatize Social Security, a move which hurt presidential popularity. When it comes to Obamacare, however, Americans largely oppose the law itself, regardless of their opinion of government involvement in healthcare more broadly.

According to polling data collected by RealClearPolitics, more Americans oppose the healthcare law than favor it by nearly 10 points. Since 2010, the law has never received the backing of a majority of Americans. Polling data shows that, by and large, voters agree that the system needs reform, but prefer a private system based on insurance rather than one run by the government. In fact, a poll released by Gallup on Thursday suggests that the Affordable Care Act convinced many Americans that healthcare was not the responsibility of the government. Between 2000 and 2008, before the law was introduced, support for government involvement in healthcare stood at over 60 percent, peaking at 69 percent in 2006. Since the law was passed, it has barely climbed above 50 percent and at times fallen far lower.

Republican leaders, however, say they are well aware of the “quagmire” Reid predicts. On December 1, members of the incoming Congress, as well as of Trump’s transition team, spoke favorably of a plan to pass the repeal legislation shortly after taking office, but delaying the effective date for up to three years. They hope that this approach would both allow time to accumulate bipartisan support, and also minimize the shock to the healthcare system.

“We’re talking about a three-year transition now that we actually have a president who’s likely to sign the repeal into the law. People are being, understandably cautious, to make sure nobody’s dropped through the cracks,” said Senate Majority Whip John Cornyn.

To avoid the scenario presented by Reid, where tens of millions of Americans might suddenly find themselves uninsured or without access to healthcare, the GOP has also considered phasing in the repeal piecemeal, through several different pieces of legislation. Congressional leadership, contrary to Reid’s claim in the New York Times, has made it clear that repeal without a replacement is off the table.

As far as a plan, the party has largely settled on the details of a plan introduced by Speaker of the House Paul Ryan last summer. The Ryan plan would allow insurance to be purchased across state lines, would penalize insurers who denied coverage for preexisting conditions, and establish new plans for small businesses.

Through these changes, Republicans hope to avoid a situation where tens of millions abruptly lose coverage. Reid’s piece cites a study by the Urban Institute that found in a worst case scenario, where Obamacare was repealed without any legislation to replace it, 22.5 million people would lose coverage because their government subsidies would vanish. Another 7.3 million were estimated to lose coverage during the shuffle.

Still, the original Affordable Care Act was not immune to this loss of coverage problem. President Barack Obama, along with many congressional Democrats, promised: “[W]e will keep this promise to the American people: If you like your doctor, you will be able to keep your doctor, period. If you like your health-care plan, you’ll be able to keep your health-care plan, period. No one will take it away, no matter what.”

That statement was later proven to be completely inaccurate. When the law was originally passed in 2013, some 4.7 million Americans discovered that their plans had been cancelled because they did not meet the specifications of the law. Many more have been forced to change their plans since then, when insurers opted to leave the marketplace in states where they were losing billions of dollars.