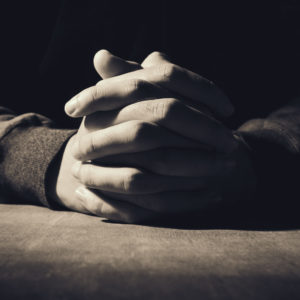 As the dust settles after Election Day, it is clear that religious liberty bore significant weight on the minds of many as they entered voting booths this year. Donald Trump was propelled into the presidency in part by voters concerned about the curtailing of religious freedom by the Obama administration, a process Hillary Clinton would have continued into her presidency.

Neither Obama nor Clinton once defended those whose rights were trampled in the cases above. The voters picked up on this, and they made their voices heard. There is now an opportunity for President-elect Trump to address their concerns, by beginning a robust defensive of religious liberty in two simple ways:

—Protect religious freedom equally for everyone. The Obama administration policy of picking and choosing which religious rights the government will support (which amounted to virtually any rights except those of Christians regarding abortion or same-sex marriage) has been incredibly destructive, and is partly responsible for the abandonment of Hillary Clinton (who would continue this policy) as a candidate on this issue. The new president can do much good merely by taking the approach that all religious claims deserve to be treated equally by the government, regardless of the faith of the individual and the context in which the claim is raised. This is true in our military as well as for broader society.

—Protect robust religious exercise, not merely the curtailed and historically inaccurate “freedom of worship” advanced by the Obama administration and championed by Clinton. Religious freedom simply doesn’t exist when nuns are forced by the government to violate their consciences by helping provide abortion-causing drugs to their employees. Yet the Obama administration tried to force them to do so. The nuns did not have religious freedom, though the government claimed they still had their “freedom of worship.”

President-elect Trump has an opportunity to change this, and re-engage the United States on this critical issue worldwide by defending the right of all to choose freely and live out their beliefs. Marginalized peoples around the world often look to the United States for help when they are persecuted on account of their religion, and we should be there for them. A proper understanding of religious freedom demands that it be defended for all, at home and abroad.

Sadly, this understanding has been badly damaged over the last eight years. Donald Trump has an opportunity to help lead in restoring it, and the above would be a start.