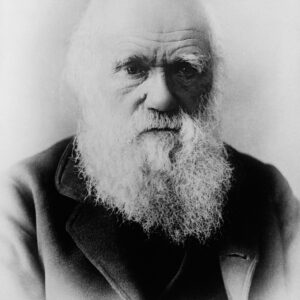 February 12 is officially Darwin Day, and while there are countless holidays that pay tribute to men and women who have shaped history and our understanding of the world, few can match the impact of Charles Darwin.

Darwin’s contribution began in 1831 when he set sail on the HMS Beagle across South America as the crew’s naturalist. As Darwin toured the various islands, he made a seemingly simple observation. The beaks of finches from island to island differed in shape and size. Darwin brought back specimens to further investigate and enlisted the support of an ornithologist.

Darwin concluded that the differences in beaks related to varying food sources on each island. Long beaks were useful for catching insects, while blunt beaks were better for cracking seeds and nuts. Finches had evolved to match their food supply. The word “evolved” had now entered our scientific vocabulary.

Darwin’s observations would lead to his groundbreaking work on evolution and natural selection. When Darwin eventually published “On the Origin of Species,” our world was forever changed. Four principles defined Darwin’s discovery of natural selection. Namely:

In every species, there is variation. These differences can include color, weight, height, and other features—in finches, it was their beaks—and often result from our surroundings.

Each species has traits that are inherited. Inherited traits that improve the odds of survival are more likely to be passed along to subsequent generations.

Offspring compete, as more offspring are produced than the environment can support. The birth rate results in competition for limited resources.

Survival of the fittest is the ruling principle. In a process called “natural selection,” the traits that help organisms survive will be passed along to their offspring, upping their chance of survival.

Darwin waited more than twenty years to publish his findings. His voyage ended in 1836, but “On the Origin of Species” wasn’t published until 1859—and then only alongside his fellow British naturalist, Alfred Russel Wallace. Darwin, who at one point had been a divinity student, was well aware that his discoveries would be seen as radical and offensive to Bible-loving stalwarts.

This tension between science and religion was dramatically portrayed in the popular movie, “Inherit the Wind,” which offered a fictionalized account of the Scopes trial where John Scopes (played by Spencer Tracy) was arrested for teaching the theory of evolution to a high school science class. Scopes’ nemesis was none other than the fiercely religious William Jennings Bryant.

Since Darwin’s publication, there have been countless everyday reminders of evolution at work. Why do ducks have webbed feet? Webbed feet aid in locomotion and propulsion, which is highly beneficial to semiaquatic animals. And it’s not only ducks but gulls, loons, pelicans, penguins, puffins, and countless other creatures who have webbed feet.

Why do certain primates possess a prehensile tail? Through evolution, the tail has conferred benefits of strength, flexibility, and grip—achieved through particularly robust vertebrae. This has allowed primates to support their entire body with tails alone, enabling them to feed in trees at a great distance from predators.

Interestingly, Darwin struggled as he proceeded to explore his next angle in selection theory. Darwin expanded from “natural selection,” which was a struggle for existence, to “sexual selection, ” a struggle for mates. He observed the splendid male peacock’s feathers whose plumage was designed to attract females.

This observation was problematic for Darwin because it led him to conclude that it was a female’s prerogative to choose her mate. This contradicted Darwin’s general view of women as subservient to men. Still, he wrote, “The females will select the most victorious or most beautiful, or him with beauty and courage combined.” It is noteworthy that Darwin had to overcome personal biases to shape his theory of sexual selection.

At a metal level, Darwin’s contributions to our world have exceeded his formulation of natural selection and survival of the fittest (a term by the way that Darwin never coined). Our communities, businesses, and government all evolve and adapt to their environment. Our ideas, our stories, and our accomplishments evolve too.

We understand that the world is constantly changing with an unrelenting diversification that touches everything. Our lives have a dynamism that was not previously perceived.

For this and more, we celebrate the birthday of our chief naturalist. Thank you, Charles Robert Darwin.