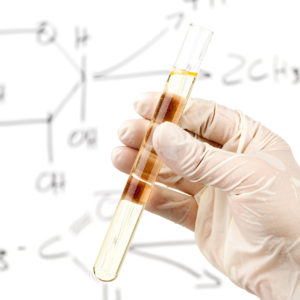 The Renewable Fuels Standard (RFS) will remain intact — at least for now. It is unfortunate that a handful of Republican senators were seemingly willing to derail tax reform and approve nominees to the Environmental Protection Agency to keep this government mandate in place, which will do very little to bring long-lasting prosperity to rural America or decrease U.S. dependency on foreign oil.

Wanting to bring high-quality jobs to rural America, one of the reasons some Republicans support the RFS, is an understandable and noble goal. Small communities across the United States have seen scores of their young people move to larger cities to find work. I’ve experienced this feeling firsthand. I grew up on a farm in Wisconsin, but I knew I’d have to leave to find a good-paying job.

One of the biggest worries in countless rural towns is most of the younger people are moving to larger cities because there simply aren’t enough high-quality jobs available. However, if lawmakers want to create lasting wealth in rural America, they should pursue developing and enhancing industries that do not require government mandates to remain profitable. Subsidized industries will inevitably fade away.

The Renewable Fuels Standards provided a temporary shot in the arm to rural communities by increasing the demand for corn and soybeans needed for fuel. However, high corn and soybean prices led to increasing costs of growing these crops, as the price of farmland, seed and machinery increased as people sought to expand their operations to take advantage of the high prices. This situation was unsustainable and eventually created many economic hardships for farmers.

In 2005, the average cost of rent for farmland in central Illinois was $147 per acre, but after seven years of the ethanol mandate, the price of farmland had nearly doubled, to $270 per acre. Similar increases in land prices have occurred throughout the nation’s Corn Belt. This is problematic, because when we think of ways to help young people stay in rural America, we often see them taking over the family farm. Sadly, this has become increasingly difficult, in part because small-to-medium-size farms have a harder time accessing financing and loans, which makes competing against large farms more difficult.

The RFS created a false sense of security for many farmers and biofuels manufacturers, encouraging them to make risky decisions they may not have otherwise taken. Many farmers purchased machinery at inflated prices under the false impression the RFS would keep corn and soybean prices high. However, high prices for corn and soybeans encouraged farmers to plant more corn and soybeans, causing prices to fall.

Now, many farmers are in a position in which they must try to repay the debt they incurred even as corn and soybean prices have fallen below the artificially inflated peaks spurred by the onset of RFS.

Not only has RFS distorted grain markets and encouraged bad investment, it has done very little to reduce America’s dependence on foreign oil. It is true net oil imports have fallen by about 65 percent, but this is because hydraulic fracturing has nearly doubled American oil production over the past decade. This dramatic increase in oil production happened in spite of government policies, not because of them.

Biofuels should be available for the consumers who want them, but the biofuels industry should be forced to compete on a level playing field. Mandates imposed by EPA, in the long run, make the challenges facing rural communities more difficult.

Isaac Orr ([email protected]) is a research fellow for energy and environmental policy at The Heartland Institute.