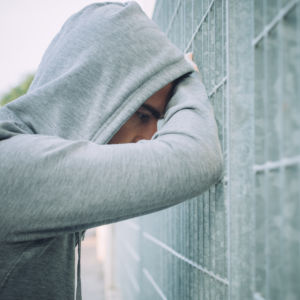 Report: Rate of Violence in Schools Declines, But Still Highest in Middle Schools

There were 27 violent incidents for every 1,000 middle school students during the 2015-2016 school year, according to a newly released federal survey on crime and safety in American public schools. The rates for high schools and elementary schools were lower, at 16 and 15 incidents per 1,000 students, respectively. Across the board, the updated rates of violence in schools mark a clear drop from previously reported statistics.

The National Center of Education Statistics released the findings this week from their survey of public school principals on “Crime, Violence, Discipline, and Safety in U.S. Public Schools.” The sampling of over 2,000 principals was adjusted to make the survey representative of regional, socio-economic, and racial differences among schools, and was administered by the Virginia-based nonprofit, the American Institutes for Research. The last time the survey had been conducted, which also includes unweighted responses from public charter schools, was during the 2010-2011 school year.

Meanwhile, the rates of violence in schools from the most recent survey are down significantly from the 2010-2011 school year. At that time, schools were reporting 40 violent incidents per every 1,000 middle school students, and a rate of 21 incidents per sample group in both elementary and high schools.

The self-reported nature of the survey could potentially be coloring these statistics at the margins.  In theory, some principals could have put a spin on their responses in an effort to show their schools in a better light. In an email, Rachel Hansen, the Education Department program officer for the study, acknowledged that the report “is a self-administered survey which means it’s possible that respondents could report inaccurate data.”

On the other hand, Hansen cited research arguing that such distortions are least prevalent in self-administered surveys and that the Education Department ensures the confidentiality of the principal’s responses. The department also does statistical analysis of the surveys to ensure that they are in line with prior year statistics. For these reasons, Hansen wrote that the officials have a “high level of confidence in the data we have collected and reported in the report.”

The release of the report comes on the heels of a letter sent by a number of Democratic lawmakers urging the Secretary of Education, Betsy DeVos, to take a harder line on reducing “exclusionary and aversive discipline in public schools around the country.” Stepping back from zero-tolerance policies, out-of-school suspensions, and corporal punishment (which is still practiced in a number of mostly southern states), was a priority of the Obama administration, which had cited studies showing that minority students are often disproportionately impacted by such policies.

DeVos and her team have yet to respond to the Democrats’ letter. Some conservatives, however, have questioned the wisdom of the push to cut down on school suspension rates. One analysis, for example, from a columnist in St. Paul, Minnesota, linked a breakdown in local school discipline to a racial-equity based suspension quota system. The findings of this most recent government report would appear to run counter to that narrative, however.