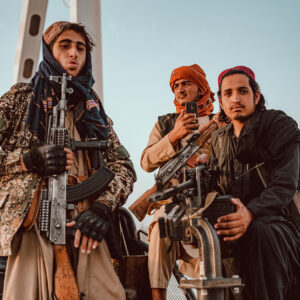 Report from Afghanistan: Lessons Learned from Inside the Taliban Takeover

MAZAR-E-SHARIF, AFGHANISTAN —  Past midnight last Friday, I sat at an eerily quiet Afghan military base on the edges of Mazar-e-Sharif, listening over and over again to the fervent pledges of high-ranking fighters that the beloved city and longtime bulwark of anti-Taliban resistance absolutely would not fall back into the insurgents’ hands.

And hours later, as the first cracks of sunlight broke through and the battles nearby intensified, I reached out to multiple Afghan intelligence officials who maintained that even if the city were to fall, it would not be for months, weeks at best.

But as the hours stretched on and a strange sense of emptiness cast over the typically dynamic ancient city, more officials I reached admitted that the Taliban had gained fast momentum and were steadily encroaching, yet their victory was not imminent. Now, it was still a few days away. 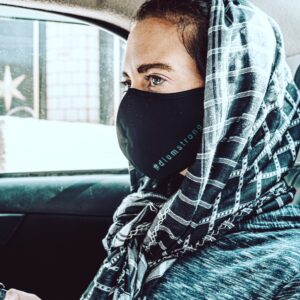 Only Mazar-e-Sharif was wrested from the government’s hands in just a few hours, cemented by scores of Taliban fighters roaring in on motorbikes with barely a resistance shot fired.

The information from the top tiers of Afghan security was a failure and likely a microcosm of the extent to which the intelligence fed to the U.S. its allies was utterly off-the-mark. Furthermore, no apparent airpower was deployed to assist ground troops, indicating the billions of U.S.-taxpayer dollars bled into the air force had fast withered away. The military failure was further illustrated by the smooth assail into the city by the Taliban, who proceeded to celebrate through to the early morning as terrified civilians hunkered down.

I also found to be especially baffling the absolute lack of preparation despite the knowledge that surrounding provinces across the north of the beleaguered nation were failing fast. Throughout my days wandering the Mazar markets and conducting interviews through the main streets, I saw just two Humvees roll through in a 48-hour period. No police or security officials could be seen on the streets. The cry of a police siren in the distance was also a rare sound. In short, there was no plan and no will for a real win.

In addition, there were no displacement camps or humanitarian resources set up in advance for the hundreds of thousands of Afghans dislodged from their homes by fighting and a takeover – further amplifying the incompetence, sheer naivety, or corruption within all ranks of government.

In many ways, it was the fraud that opened the floodgates to the Taliban. Multiple military insiders stressed to me that the level of corruption swelled throughout 2021 when it became clear that the United States was on its way out, with the Taliban able to pay off troops of all echelons for information and insider attacks.

As was the case with Mazar, a top Afghan National Army (ANA) was essentially able to strike a deal to hand over the city and flee 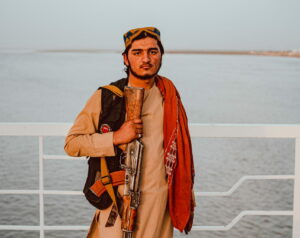 without informing the rank-and-file who were left like lambs to the slaughter with no support from the skies. Certainly, the transition was a smooth one. The following day, the call to prayer rang out and Mazar had entered a new – or rather old – era without a fight. The Taliban members I spoke to were all locals, clearly having hidden out in the hills waiting for the opportune time to resurface.

In sharp contrast to the chaotic scenes stemming from Kabul since its fall last Sunday, Mazar – day-by-day – was as bloodless as it was barren. There was no morale or desire by the populace to mobilize and resist.

And to top it all off, President Ashraf Ghani fled his presidential palace with his top aides without a word in the hours before the Taliban waltzed through the city’s gates. Security officials were also told to stand down. In summary, the top tier fled abroad to their gold-trimmed safe havens, making little effort to destroy documents or conceal the identities of those who worked the government or U.S. allies. Today, those individuals are subject to a door knock and intense intimidation tactics.

The Afghan soldiers never stood a real chance, and the monies that should have been spent on the people all but went up in smoke – like much of the United States’ two-decade war effort.