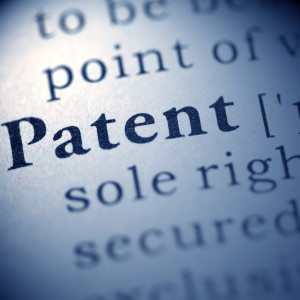 Last week House Judiciary Chairman Bob Goodlatte reintroduced the Innovation Act, a patent-reform measure that passed the House in the previous Congress 325-91 and is supported by a diverse swath of American industry, including Google, the National Retail Federation, Microsoft, and the Application Developers Alliance. The bill mirrors the 2013 version word for word and, according to Goodlatte and his bipartisan group of co-sponsors – Reps. Anna Eshoo, Darrell Issa, Peter DeFazio and Jerry Nadler – would drastically reduce frivolous patent litigation and combat so-called “trolls.”

With Senate Judiciary Committee Chairman Chuck Grassley promising to concurrently move forward a less-sweeping bill in the Senate, observers in Washington are confident that amid the gridlock, Congress can get a bill to a supportive President’s desk this year.

The final measure would ultimately seek to hinder the power and ability of trolls – entities that do not manufacture anything but instead hoard patents to litigiously sue manufacturers and innovators for alleged infringement.

According to Steven Titch, a policy advisor to The Heartland Institute, many other threats from trolls outside the purview of Congress loom large over the U.S. economy.

In his paper released today and previewed with InsideSources – “Why Patent Reforms Are Needed: Intellectual Property Abuses Threaten Innovation and Cost Consumers Billions” – Titch presents the many forms of patent abuse by Patent Assertion Entities (PAEs) and “non-practicing entities” (NPEs), organizations he argues “acquire and stockpile patents, watch the industry for entrepreneurs and start-ups that have developed a similar idea, and then attack with an infringement claim.”

Unlike the near-singular focus on domestic trolls from Congress though, Titch exposes the questionable tactics of foreign governments and patent pools. “The governments of China, France, Japan, South Korea, and Taiwan,” he argues, “have formed state-sponsored PAEs bent on acquiring all the patents they can, regardless of where the patent is filed or who the filer is, in order to extract settlements from alleged infringers.” According to Titch, government foray into the troll game is a new form of protectionism that threatens U.S. companies.

For instance, in South Korea, the government maintains a company known as Intellectual Discovery that has purchased more than 200 patents, according to the U.S. government. In China, Titch says that government-backed Ruichuan IPR Funds is now infused with $50 billion in cash to acquire patents that will be used in actions against U.S. companies.

Congress, however, would be hard-pressed to tackle this challenge from state-sponsored PAEs. Titch notes that questionable use of Intellectual Property and patents is a trade issue and argues for it to be addressed through the two major ongoing trade negotiations, the Transatlantic Trade and Investment Partnership and the Trans-Pacific Partnership. Congresswoman Sheila Jackson Lee (D-TX) has been on the front lines of this battle, writing to U.S. Trade Representative Michael Froman last year to urge action.

Separately, patent pools – “a legitimate practice that reduces product design and manufacturing costs” – can sometimes abuse their standing. “This is especially beneficial in today’s high-tech environment, where a particular product – such as a personal computer, smartphone, gaming console, or television – can incorporate dozens or even hundreds of patented products or processes,” Titch writes.

The example he cites is a controversial one seen frequently in the news of late – the Advanced Television Systems Committee (ATSC) standard operated by Denver-based MPEG LA. Based on a standard imposed by the Federal Communications Commission (FCC), all TVs and cable boxes sold in the U.S. after 2009 must license this technology. Titch says that makes it is “essentially a government-granted monopoly.”

“MPEG LA, which manages the ATSC patent pool, charges a royalty of $5 per unit. This is quite high compared to licenses for digital TV standards used in Europe, Japan, and China, which cost $1.03, 98 cents, and 16 cents per unit, respectively.”

To address this and other patent pool abuse, he argues that “regulatory bodies such as the FCC that set standards necessary for the interoperability of devices should avoid heavy reliance on patented technology.”

More broadly, while there is no one-size-fits-all approach, Titch says, there are certain, tangible next steps for the government and business community to take. For starters, he believes that legislation moving forward now should empower the U.S. Patent and Trademark Office (USPTO) to be more nimble and modern. Legislation should also “demand higher and more specific standards for the establishment of infringement.”

Clearly patent reform is moving forward. It is anyone’s guess if discussions will move to include less traditional types of patent abuse, but Steven Titch is happy to the talks are slowly broadening.