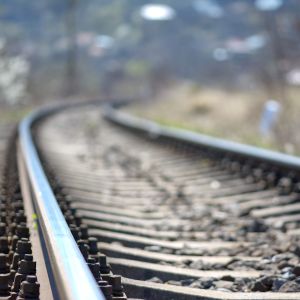 The deadly Amtrak train derailment outside Philadelphia in May sparked some national conversation about rail safety earlier this year.

Now the Alliance for Innovation and Infrastructure is out with a new report, “Back on Track: Bringing Rail Safety to the 21st Century,” that offers some solutions.

On a Thursday conference call with reporters, the group’s leaders stressed that accidents on U.S. railways remain extraordinarily rare. However, their report acknowledged that recent accidents “have led to loss of life, disrupted communities and sensitive environments, and proliferated staggering cleanup costs” — all of which is cause for concern.

The leaders said Americans should understand that 70 percent of the miles Amtrak trains travel are on tracks owned by freight railroads, which means the safety of cargo travel is inextricably linked to that of passenger travel.

The ability to move freight with accident is also increasingly important, according to their report, because U.S. railways have seen “more than 40-fold increase in usage by the oil industry due to its status as the most effective method to transport crude oil from new production areas to the market.”

Here are three recommendations proposed by the Alliance report:

1) Increase the use of commercially available technologies to continuously monitor track, equipment, and roadbed conditions.

Basically, we need to do a better job of keeping an eye on the crushed stone and other material that sits under the metal rails on train tracks. We should use technology to address “any areas of track negatively affected by washouts and sinkholes from water damage, track movement resulting from heavy loads, thermal track buckling, and any other destructive accident.”

Not all inspections are good inspections. Existing rules permit a single inspector to examine multiple tracks at once. The rules also fail to enforce any kind of speed limit for inspectors, and they likely miss things when they’re moving too quickly. Furthermore, there should be at least three inspections each year.

3) Implement operational and technological improvements to reduce the likelihood of accidents caused by human error.

For example, we should have mandatory two-person rail crews and inward-facing cameras in the driver’s compartment of trains.

The Alliance for Innovation and Infrastructure report arrived just one day before federal railroad officials told Congress that most freight railroads and passenger trains “will not be able to meet a year-end deadline to install technology that prevents trains from exceeding speed limits and helps avoid collisions,” according to the New York Times.

As reporter Ron Nixon explained, “Congress set a deadline of Dec. 31 for freight and commuter rail companies to install the technology, which is known as positive train control, after a California passenger train derailed in 2008, killing 25 people.” (The National Transportation Safety Board has said this technology could have prevented the Philadelphia crash.)

The Alliance’s report also addressed the positive train control deadline, saying federal railroad officials should “clearly articulate how they plan to enforce these requirements” and “the consequences for non-compliant regulated parties”:

Rail owners and operators deserve clarity on what they can expect so they can most effectively plan how to get these systems online. The public needs to know what the rules are so all parties can be held accountable if the rules are not enforced and the safety benefits not made available.