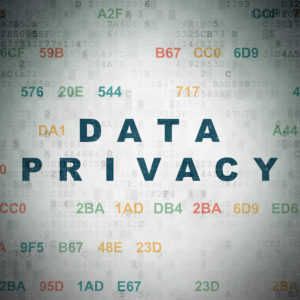 Months after repealing the strongest online privacy protections the federal government has ever enforced and receiving significant public backlash, Republicans in Congress are working to pass their own online privacy bill, and struggling to find support among their base.

In May, Tennessee Republican Rep. Marsha Blackburn introduced the BROWSER Act — legislation that would mandate both internet service providers (ISPs) like Comcast and edge providers like Google to require users opt-in before collecting and monetizing personal data. Categories of such sensitive information would include a user’s web browsing history, a category previously left unregulated before the FCC passed privacy rules aimed exclusively at ISPs last year.

Blackburn, who chairs the House Subcommittee on Communications and Technology, authored the repeal of those rules in the lower chamber. She and other Republicans alleged the FCC rules gave an unfair market advantage to edge providers like Google and Facebook, already the dominant forces in online targeted advertising that ISPs have been trying to get a greater foothold in, since the rules didn’t apply to them.

After voting to repeal the rules, waves of constituent criticism battered Republicans including Blackburn, whose top five donors include AT&T, Verizon, and the biggest cable trade group in Washington.

“The FCC focused on only one part of the internet eco-system and ignored edge provider services that collect as much, if not more data, than ISPs,” she said in May. “The government should not pick winners and losers when it comes to the privacy of Americans. This bill creates a level and fair privacy playing field by bringing all entities that collect and sell the personal data of individuals under the same rules.”

Now groups that backed Republicans on the repeal of the FCC’s rules like the Association of National Advertisers — whose members and partners purchase and sell targeted advertising online and include the likes of AT&T, Verizon, Facebook, Google and others — are turning against lawmakers on the right.

“The Blackburn bill does not improve on the FCC’s fatal mistake in its overly broad classification of ‘sensitive data’ that will undermine the ability for consumers and business to distinguish what is truly significant regarding their privacy interests,” the group says of the bill. “The BROWSER Act also repeats the FCC’s mistake of preferring a vague and confusing opt-in scheme that would bombard consumers with annoying consent notices.”

Groups like ANA prefer the traditional opt-out requirement enforced by the Federal Trade Commission before the FCC passed its rules. The FTC privacy regime also didn’t designate browsing history as a sensitive category of information. The BROWSER Act would change that, and at the same time make the FTC the privacy cop for both ISPs and edge providers again.

“Some companies have an easier time getting the opt-in than others,” TechFreedom President Berin Szoka said. “The more often that sites have to get it, they’re just going to ask for everything else anyway… the ‘kitchen sink’ approach says, ‘well heck, this information didn’t use to be considered sensitive, now it is, so to run my business, I have to ask for an opt-in.’ As long as I have to ask for that, I might as well start collecting other information that I didn’t collect before.”

Such a shift in privacy regulation could impose a cost on web services that are traditionally free, or make the cost of a broadband connection go up, if advertising effectiveness and subsequently revenues go down, he warned.

“Many conservatives really only think of this issue in property rights terms, and if you start from that premise, you’re gonna wind up with something roughly like this,” he continued. “You’re gonna say, ‘well let’s just make sure people opt in and opt out’ … Despite being advocates of property rights in general, the property model just breaks down on the internet. You don’t actually end up empowering users, you end up hurting them. You end up having more information collected, and driving people towards paywalls.”

Privacy advocates supportive of the FCC rules haven’t back the bill either, with groups like Fight for the Future speculating Blackburn only offered it up as a concession to angry voters, and that it has no chance of advancing in the House.

“She’s only introduced this bill — which she probably doesn’t even intend to pass — because her constituents are so angry at her for voting to gut privacy rules,” group co-founder Holmes Wilson told Wired.